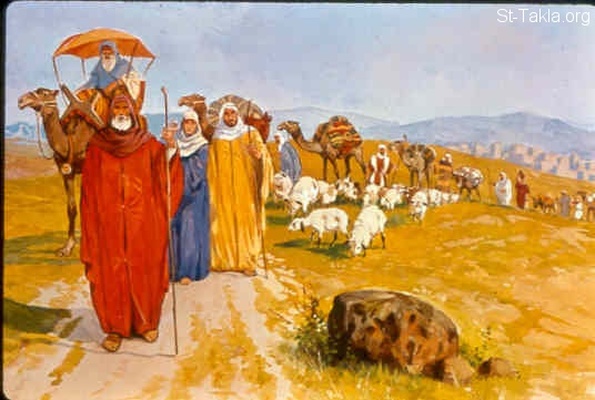 Abram In The Ancient City Of Ur

Was there really a man named Abraham that emerged from the ancient land of the Chaldees to become the progenitor of the Hebrew and Palestinian people?

There is some evidence beyond the Old Testament that such a man did exist, but he wasn’t exactly the person identified in the Book of Genesis.

From Genesis we are told that Abram, who later changed his name to Abraham, was the fifth generation direct descendant of Peleg. Some scholars place his existence at about 2,000 BC. He was born in the ancient City of Ur. This territory was once part of the mighty Mesopotamian Empire.

The ruins of Ur are known to archaeologists. Unfortunately, they are located in the heart of war-torn Iraq, not far from Baghdad. Much of what was there has probably been bombed into useless rubble.

From the pages of Genesis, we learn that Abram had at least two brothers. They were Nahor and Haran, who also lived in Ur. Haran bore three recorded children, two sons, Lot and Iscah, and a daughter, Milcah before he died a premature death. Haran’a mate is not recorded, nor is the cause of his death. Both Abram and his brother Nahor, married their nieces, Sarai and Milcah, respectively, both daughters of their third brother, Haran.

That the Jewish race emerged from an incest relationship would appear to be blight on the Hebrew record. Yet Bible historians are not visibly shaken by this information, other than the fact that Abram’s relationship to Sarai was somehow erased from the contemporary Genesis record. It can still be found in the historical record of the Jewish people drafted by the Greek historian Josephus Flavious.

The argument that a lack of enough people after the flood forced humans to mate with other family members fails to justify the inbreeding that went on. It stands to reason that there had to have been adequate genetic diversity available for humanity to carry on. While it was allowed, inbreeding was not necessary.

Abram and his brothers were sons of Terah, recorded in Hebrew records as “a maker of idols.” The Hebrew text sets Abram’s birth at about 2000 BC, but other estimates, based upon corresponding Egyptian historical data, set his existence back as far as 4000 years BC. Since there has never been any archaeological evidence found in the ruins of Ur to prove that Abram or his family existed there, the only proof comes from the ancient written text.

Also there is an esoteric “memory” of the decision by Abram to leave Ur, although the “seers” who look back on this event do not see the move as a response to a commandment by a godly voice from above. Abram and his family left Ur because the area was stripped of its trees and natural resources, the once fertile land was no longer productive, and the people were starving. Abram was looking for greener pastures.

He could afford to do this. The family of Terah was a notable one. They were prominent people of their day. That Terah was a maker of idols, or images of worship, suggests that they supported the religious belief system that existed in that day.

Historian Jim Cornwell, in his book The Alpha and the Omega, notes that the divinity behind the construction of the Tower of Babel appears to have been Nannar, a moon god. He wrote: “a whole quarter of the city of Ur was set apart for him, and he was called the Exalted Lord, the Crown of Heaven and Earth, and the Beautiful Lord who shines in Heaven. On the terrace was the ziggurat, with twin temples, the day houses of the moon god and his consort, the goddess Nin-Gal. Another temple was called The House of Great Plenty. This was the secret ritual of a harem, of the moon god. It was evident that Ur was a city with an inseparable cult in Abram’s day.”

As a notable, Abram enjoyed wealth and probably visited the city of Babylon where stood the great Temple of Marduk, yet another god of the Chaldeans. Of course, Marduk is thought to have been another name for the former ruler of the known world, a man we remember best as Nimrod.

Thus it is difficult to believe that Abram would have been separated from this family and this environment to accept and worship a single deity. According to Genesis, that deity was the angelic Jehovah, later worshipped by the Hebrews, the alleged descendants of Abram.

Abram was a businessman who promoted trade between the Babylonians and the Hittites. He was wealthy enough to purchase land in Canaan, command his own private army, and even defeat a coalition of kings. According to Josephus, after his arrival in Egypt, Abram and his wife were honored by the Pharaoh.

Thus we have evidence that Abram did not spring from a backward and simplistic society. A flourishing civilization existed in this place, the heart of the Golden Crescent, for up to 4000 years. The Sumerians are believed to have invented the cuneiform system of writing. It is from the ancient clay tablets found in this area that we acquired one of the oldest books in the world, The Epic of Gilgamesh.