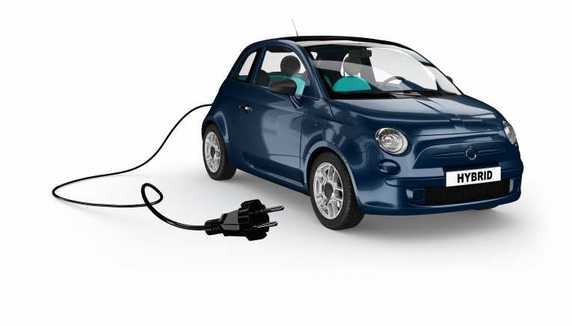 About Those Fuel Efficient Cars

I had to shake my head when I watched those automobile advertisements on television screens and listened to the snake oil salesmen boast about the great gas mileage the new vehicles are supposed to deliver.

In the ads we are shown potential buyers talking to automobile sales representatives. The customers get all excited when they hear that these cars can deliver up to 30 to 40 miles to a gallon of gas. And I wonder who they are trying to fool.

My wife and I owned a medium sized Plymouth with a flat six-cylinder engine in the late 1960s that offered 30 miles to the gallon. And that was back when gas only cost us somewhere around a dollar a gallon or less.

In my college days I bought a used Renault. It wasn’t much of a car but it got about 50 miles to the gallon. That was when gas was only about a quarter a gallon. Even though I was a poor college student living on what I could earn doing summer jobs and washing dishes for one of the men’s dormitories, I could afford to drive all over Michigan in that car.

My brother-in-law told about a Ford pickup with a V-8 engine he bought new that also got 50 miles to the gallon. He said he found it hard to believe that a truck that large would deliver such great gas mileage. One day he was tinkering with the truck, damaged the carburetor, and had to have it replaced. After that the truck only got about 12 miles to the gallon. He theorized that he had purchased a truck with an “experimental” carburetor that was left in the vehicle at the factory by mistake.

When Gerald Ford was in the White House and America was hit with its first gasoline shortage because of some political brouhaha going on in the Middle East, we were driving a full size family Plymouth station wagon with a V-8 engine that was getting us about 28 miles to the gallon. I know this because we took a vacation trip to Yellowstone National Park and back that summer.

That same year the nation’s automakers were forced by legislation and public demand to make small fuel-efficient cars. To satisfy the ecology movement, Congress passed laws requiring all cars to have catalytic converters and a complex maze of other hoses and gadgets that were supposed to reduce the amount of carbon coming out of the tailpipes. President Ford used an executive order to set the top speed of all cars and trucks in the nation at 50 miles an hour as an emergency solution to the fuel crisis.

We were goaded into trading that lovely station wagon for a compact Chevrolet with a four-cylinder engine that was supposed to be both fuel-efficient and good for the environment. We thought we were being good citizens but we were duped. The car ran rough and the gas mileage was terrible. It delivered about 18 miles to the gallon.

Since then the car-makers have done a better job of engineering those four-cylinder engines and the computerized array of gadgets in cars to make them perform well. But the mileage these cars with their tiny engines deliver didn't get better than it was back in the days when I first started driving.

The American automakers are only now beginning to offer hybrid cars with engines that run on both gasoline and electricity. While the gasoline engine is running, a generator is busy charging the batteries for operating on direct current. These cars are boasting from 37 to 94 miles to a gallon of gas, depending on how they are used.

General Motors, Chrysler and Ford are building such cars, and apparently they are doing it reluctantly. General Motors built an experimental all-electric EV1 between 1996 and 1999. This car performed very well, but was never put on the market. Over 1,000 experimental cars were eventually destroyed. The only reason we could think of for this decision was pressure from the big oil producers.

It appears that big oil and the U.S. automobile industries have been in league with one another for years. While fuel efficient carburetors appear to have been in existence, they were not made available to customers. And every time Congress tried to put pressure on the automakers to manufacture high gas mileage cars, the automakers balked. They said it could not be done.

Foreign automobile companies, however, have been rushing to fill the gap. Mitsubishi offers a 100 percent electric car, the tiny MIEV. Nissan is producing the LEAF all-electric. Then there is the new Tesla Roadster manufactured by a new California companies that is offering some exciting inovations in auto technology. The Tesla is a high priced luxury vehicle that offers high performance and about 250 miles on a single battery charge. They have proved to be so popular that the vehicles are on back order for months.

It seems ironic that this new automaker has named itself after famed inventor Nicola Tesla, who produced a modified Pierce-Arrow automobile at Buffalo, New York, in 1931, that operated without gasoline or electricity. Tesla, who claimed that free energy is available everywhere, proved his claim by running the car on what he called a cosmic energy power receiver inside a 10 by six inch box and a six-foot antenna. Tesla drove the car for eight days, sometimes at speeds up to 90 miles per hour, before he dismantled the equipment. How he did this was never told.

And wouldn't you know it . . . as soon as the foreign competition starts producing electric cars, everybody is getting into the act. It seems that they knew how to do it all along.

It appears that the American public has been severely deceived over the years by automobile companies that refused to produce high mileage and high performance cars back when there was an abundance of inexpensive oil and gasoline. Had they done this, it seems that the world supply of easy-to-find oil would hot have gone critical as quickly as it has.

Early experiments in all-electric vehicles also were set aside after Ford Motors and other automobile makers sold the world on gasoline powered engines. That was back when crude oil was easy to find and the fuel to run these cars was ultra cheap.

Everything about the automobile industry was hinged on profit and a lot of it. Nobody ever dreamed then that the exhaust from all those car engines would be a major factor in the carbon emissions problem now sweeping the world.

The day is soon coming when the only vehicles left on the roads will be powered by electric systems or other green energy driven engines yet to be developed. The gasoline and diesel powered vehicles will be piled up in scrap yards all over the world.
​
There is yet one more kink in this bubble. The electricity used to supply power to the batteries in the cars must be generated from someplace. The cars that burn gasoline also run generators to keep the batteries charged. But they must still have gasoline to operate. The other vehicles, like the Tesla, charge up at power stations that get their juice from . . . you guessed it . . . carbon fueled electric generating plants.