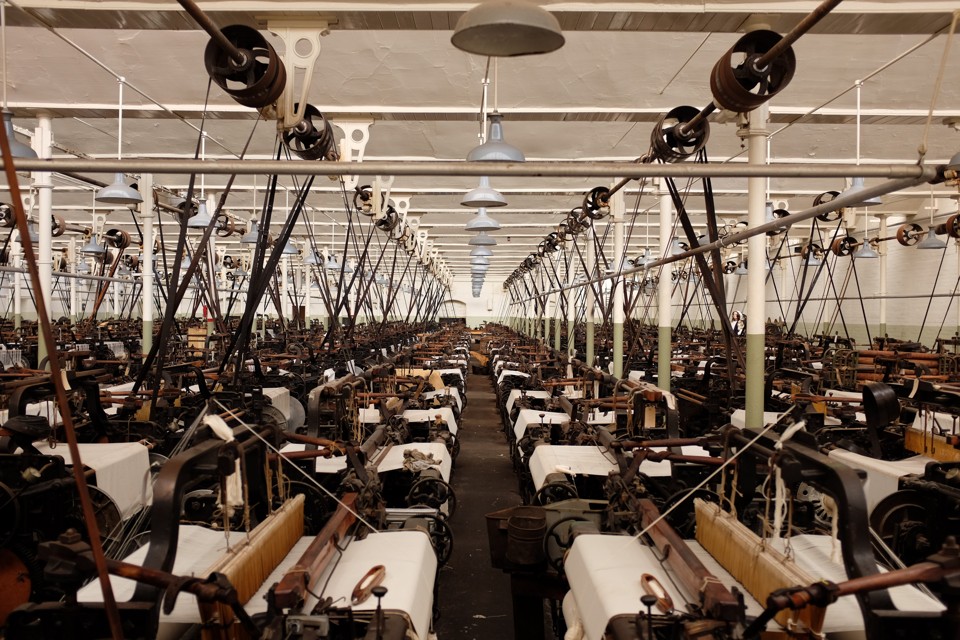 The transition began slowly at first. Some years back when working as a reporter for a Michigan daily I covered a controversy involving inadequate summer living quarters for migrant families that came into the area to pick the fruit and vegetable crops. State legislators were threatening to force farmers to provide shelters with adequate plumbing, beds and screens on all the windows. The farmers reacted by investing instead in newly developed machinery that replaced the migrant labor.

Today the food service industry is being threatened by workers demanding an increase in the minimum wage. Waitresses and fast food workers are asking for a minimum of $15 per hour so they can meet rising costs of living and feeding their families. Instead of meeting this demand, Andy Puzder, the CEO of CKE Restaurants has announced plans to open an “employee free” restaurant. He wants to make all “front-of-house” parts of his fast food operation totally automated.

With the advent of driverless cars and trucks, people who make their living operating trucks and chauffeuring people around may soon be replaced by machines. The Rolls-Royce marine unit in Norway is developing computer operated ships that will soon traverse the high seas, without crews. And with drone aircraft already filling the skies to conduct military missions and parcel deliveries, the concept of pilotless passenger aircraft cannot be far behind.

Labor costs have always been the bane of big business. And as robotic services become more readily available, we can be assured that if a robot can do a job, you can be assured the job will soon disappear. Once the investment is made a robot will work 24 hours a day, seven days a week without demanding weekly paychecks, vacation days off or health benefits. The only problem will be occasional maintenance. Someone has to be around to grease the gears.

But this concept is surely a double-edged sword. If there are no longer any jobs to support the masses, who will be left to buy the products and services the robots are producing? If only the corporate CEOs and specialized professionals that are left in the financial cycle, the need for mass production is going to be greatly diminished. Everybody else will be living on the street and living hand-to-mouth.

When this writer lived for a while in Arizona, a “right-to-work” state where union labor was almost non-existent and wages were low, criminal enterprise was at an all-time high. Pilfering and con-artistry was a virtual talent. It was the way people had to live to get by.

The concept of machines handling all of the hard manual and cognitive functions could be a key to an exciting future for humanity. It could lead to short work days, more free time for creative thought and expression, and a richer life-style for everybody. But to reach that state there has to be some major changes in the way our nation does its business. In fact, it calls for a brand new economic system, free of corrupt banksters and highly-paid CEOs intent on bleeding and enslaving the masses.

There needs to be a re-education of the people so that they no longer fear the concept of socialism. Because a socialistic system appears to be what it will take to guarantee everyone a universal basic income. Coupled along with this the world needs a solution to housing, health and nutrition needs.

Nils J. Nilsson, a professor of engineering in computer science at Stanford University, in a recent published paper addressing this problem, suggested things like a negative income tax, more entitlements, shorter workweeks and stock ownership by all of the people as possible solutions.

But Nilsson writes: “how can any of these things be accomplished without stirring up the usual bugaboos about ‘socialism’ and ‘Europeanization?’ Will out outmoded Twentieth Century political system prevent us from making the changes needed?”
​
He warns that anything less will ultimately lead to “significant unrest.” Indeed, unrest is already occurring in the streets all over the world.