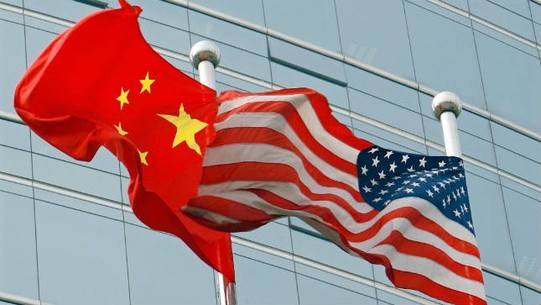 It seems that big international corporations are about to cash in on their investments in getting government leaders elected to office. Not only are U.S. legislators about to consider the controversial Trans-Pacific Partnership (TPP), but something else known as the China Bilateral Investment Treaty (BIT) is also in the works.

According to the national action group CREDO, this new China BIT “is the latest in a series of corporate-sponsored, closed-door-negotiation trade deals that threaten to essentially give veto power over our own domestic laws and protections to foreign corporations, while exporting American jobs overseas.”

Writer David Dayen in a report for the March issue of The American Prospect warned: “Just as the White House is trying to sell TPP as a bulwark against China, the administration is simultaneously seeking an investment treaty with the Chinese that undercuts that argument.”

Dayen noted that the United States presently has 41 trade agreements in place. These treaties, he explained, “provide a framework for foreign investors to pursue direct corporate ownership stakes in a partner country, offering them a series of guarantees of non-discriminatory treatment, limits on the expropriation of capital, and access to extra-judicial tribunals to enforce the agreement.”

Massachusetts Senator Elizabeth Warren and consumer protection advocate warns that both TPP and the BIT contain some “fine print of the closely guarded draft” of something called “Investor-State Dispute Settlement,” or ISDS.

In a public letter to her constituents Warren wrote: “The name may sound mild, but don’t be fooled. Agreeing to ISDS in this enormous new treaty (TPP) would tilt the playing field in the United States further in favor of big multinational corporations. Worse, it could undermine U.S. sovereignty.

“ISDS would allow foreign companies to challenge U.S. laws – and potentially pick up huge payouts from taxpayers – without ever stepping foot in a U.S. court.”

How would they do this? Warren notes that the United States has many laws on the books protecting U.S. consumers from products that contain harmful additives that either pollute the environment or are proven harmful to people who eat certain foods or use certain products manufactured overseas. If an international corporation manufacturing product in China, India or Indonesia, for example, chose to challenge such laws it could do so through ISDS, thus putting the decision in the hands of an arbitrator.

“If the company won, the ruling couldn’t be challenged in U.S. courts, and the arbitration panel could require American taxpayers to cough up millions – and even billions – of dollars in damages,” Warren warned. She wrote that ISDS rulings like this also could lead to gigantic fines.

“If the tilt toward giant corporations wasn’t clear enough, consider who would get to use this special court: only international investors, which are, by and large, big corporations,” Warren said.

Celeste Drake, a trade and globalization policy specialist for AFL-CIO, said the ISDS, tucked away in both TPP and BIT, is “pitched as a way to promote investment. We’re one of the top countries for foreign investment anyway. We don’t need to give away rights for foreign investors.”

Drake noted that China has a lot of investments in U.S. corporations now, and that approving a new BIT agreement would make it possible for China, acting through a corporation, to challenge a U.S. law within our own borders. “Under ISDS, Chinese companies could sue federal, state or local governments over any laws that force them to alter their production facilities.”

Dayen noted that U.S. companies operating in China deal with a lot of local corruption, intellectual property theft and “ever-changing regulatory demands. The BIT sweeps away such hurdles and allows foreign investors to use ISDS to recoup lost profits . . . It effectively removes American companies’ one big motivation for keeping manufacturing stateside.”

If our legislators approve the China BIT, there will be no incentive left for keeping U.S. factories in the United States. “The BIT, then, is a recipe for more outsourcing,” Dayen wrote.

The current political climate is putting approval of TPP in the spotlight and this has become a burning issue. The looming China BIT has remained hidden in secret talks to date, but President Barack Obama is pressing to have an agreement completed before Chinese President Xi Jinping arrives in Washington for a summit later this month.
Thus the issue has all of the earmarks of creating what one pundit called “a political explosion.”

“Given that the leading Republican candidate assails trade deals with China in every public address, tossing another U.S./China treaty into the mix would fan an already volatile political fire.”

It will take a two-thirds vote for Senate ratification.