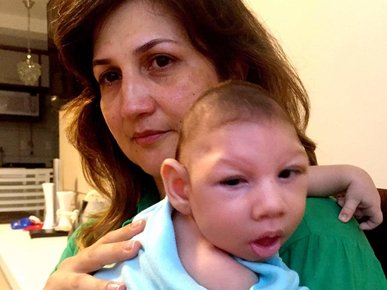 Organizations of doctors in Brazil and Argentina are questioning whether the bite from mosquitoes and the Zika virus epidemic are causing deformities in newborn babies. They are questioning, instead, the extensive use of a specific insect killer being added to the drinking water as a more likely cause of this new medical phenomenon.

There has been global media hype linking the mosquito-borne Zika virus and microcephaly, the name of the malady causing babies to be born with abnormally small heads and damaged brains. But the South American medical research teams say they have not found a scientific link between the two.

A new report by Physicians in Crop-Sprayed Towns notes that areas where most of the deformed babies are born have been sprayed with Pyriproxyfen, a larvicide designed to stop the proliferation of the mosquito that carries the Zika virus. This chemical was added to local drinking water reservoirs in 2014. It was manufactured under the commercial name SumiLarv by Sumitomo Chemical, a Japanese subsidiary of Monsanto.

“Pyriproxyfen is a growth inhibitor of mosquito larvae, which alters the development process from larva to pupa to adult, thus generating malformations in developing mosquitoes and killing or disabling them,” the report said.

“Malformations detected in thousands of children from pregnant women living in areas where the Brazilian state added pyriproxyfen to drinking water is not a coincidence, even though the Ministry of Health places a direct blame on Zika virus for this damage, while trying to ignore its responsibility and ruling out the hypothesis of direct and cumulative chemical damage caused by years of endocrine and immunological disruption of the affected population,” the report states.

The Brazilian Association for Collective Health published an open letter in January, 2016, questioning the rush to link the thousands of deformed babies to Zika. It noted that there were no cases of infant malformations from mosquito bites in neighboring Colombia, where the insecticide was not being used. The infection rate in Colombia to date is estimated at 75 percent of the population.
​
The World Health Organization has declared Zika a global health emergency because the virus is making people really sick, but WHO has not officially linked microcephaly to Zika.