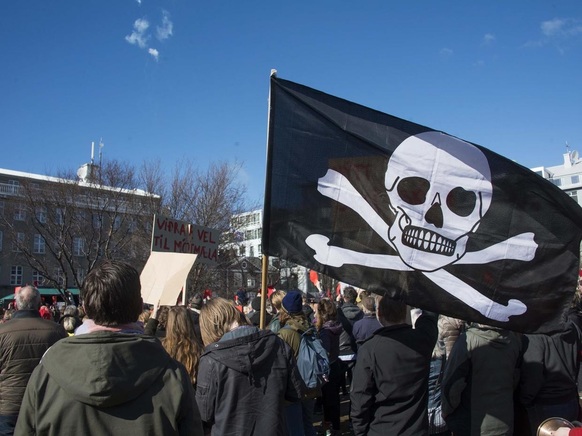 As political oppression grows not only in the United States but in nations throughout the world, there has been a movement to control Internet communications. And this has sparked an uprising among the people who literally live and thrive on this amazing new electronics tool.

They perhaps justifiably call themselves “Pirates” and it should not be surprising that they have formed a new political movement by that very name. It began with the Pirate Party of Sweden that was founded in January, 2006. The concept established by Swedish founder Rickard Falkvinge quickly caught on the before the year was out Pirate Parties were established in the United States and Germany.

By 2010 there were Pirate Party affiliates established in various nations and that April, Pirate Parties International was founded in Belgium.

There has been a general common threat existing in all of these individual party organizations. That is a resistance to big corporate and big bank enforcement of controls on the Internet, copyright and patent laws, freedom of expression, communication, education and a respect of citizen civil rights and privacy.

Other common goals include an acceptance of ethnicity, racial origin, gender and religious beliefs, direct democracy without financial controls, and economic freedom from the control of special banking interests.

Iceland voters liked the Piracy concept so much that the Pirate Party made big inroads in 2013 elections, with three party candidates for Parliament winning seats that year. After the Panama Papers scandal in April 1916, polls showed the Icelandic Pirate Party surpassing the country's long standing Independent Party 43 percent to 21.6 percent. After 2016 anti-government protests special elections were held this fall and the Pirate Party still maintained seats in Parliament although the Independents still held a majority at 21 of the 63 seats.

But wait, there is yet another faction to the Pirate Parties. There also has emerged an international association of pirates calling itself Pirates Without Borders. This group is seeking a global cooperation in pressing for world-wide democratic governments, international trade agreements and what appears to be a movement toward a one-world democratic system of human governing that is building from the ground-up.

This interesting new concept in promoting democratic governments appears to be youth inspired. It looks like a revolution that is using a peaceful system of bringing about change at the ballot box.
​
This is a group of young political movements that may be worthy of our attention in the years to come.