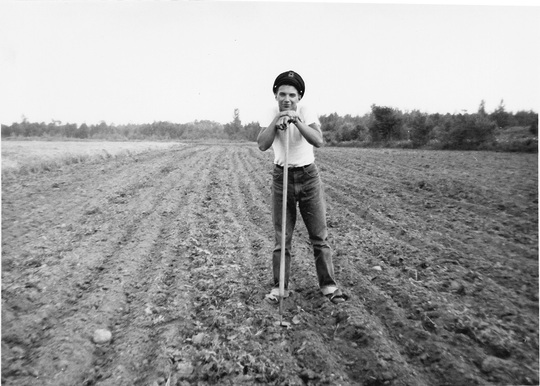 The Joy Of Gardening

I grew up on a Michigan farm where we not only raised crops, but maintained a large garden. As early as I can remember my father had a vegetable garden behind the house. I spend my summers hoeing weeds and picking the berries, peas, beans, corn, squash and potatoes that we produced.

I think I thought of working in the garden as a chore in those early years. Yet after I married and my wife and I began settling in rental and later owned homes, I found myself spading up garden plots in our back yards, and putting seed in the earth each spring.

It seemed an instinctive thing to do. When the bite of winter was past and the trees were budding, there was something in my spirit that called me to the earth. I found joy in planting seed and then watching the plants grow. I enjoyed getting my hands in the dirt, pulling up the weeds, and making my garden look well kept.

I learned how to throw weeds, old leaves and vegetable parts in a pile to create rich humus, then using it to make the soil in my gardens rich and fertile. I experimented with fertilizers and organic ways to control tomato worms, potato bugs and other pests.

The joys of harvesting and eating the fresh food picked from my gardens were only a part of the rewards. There was something wonderful about gardening that I found hard to explain.

A recent story by Lylah Alphonse for Yahoo’s Healthy Living news appears to help explain the feeling of joy I experienced.

She reports that a bacteria called Mycobacterium vaccae exists in dirt that acts like a natural antidepressant when it gets in the human body. More than just a mood-booster on the human brain, this bacteria increases serotonin and norepinephrine levels and just makes people feel happy.

People who farm, dig ditches or do any kind of work in the dirt get the benefits of this bacteria. Animals appear attracted to the earth as well. It is common to see dogs, cats, and farm animals rolling in the dirt.

The link with this bacteria was accidentally discovered by Dr. Mary O’Brien, an oncologist at the Royal Marsden Hospital, London. She was experimenting with ways to boost the immune systems of cancer patients and thought that killed M. vaccae bacterium, which is related to the bacteria that causes tuberculosis and leprosy, might work.

When O’Brien inoculated patients with the killed M. vaccae, it not only boosted their immune system, it improved the emotional health, vitality and general cognitive function. The study was reported in the journal Neuroscience in 2007.

The O’Brien finding was confirmed by a controlled study with mice conducted by neuroscientist Dr. Christopher Lowry. In his report Lawry remarked that the findings “leave us wondering if we shouldn’t all be spending more time playing in the dirt.”

This, of course, leads to thoughts of just how healthy frequent bathing really is on the human body. Staying dirty might make us smell bad, but we all might be happier and healthier in the long run.