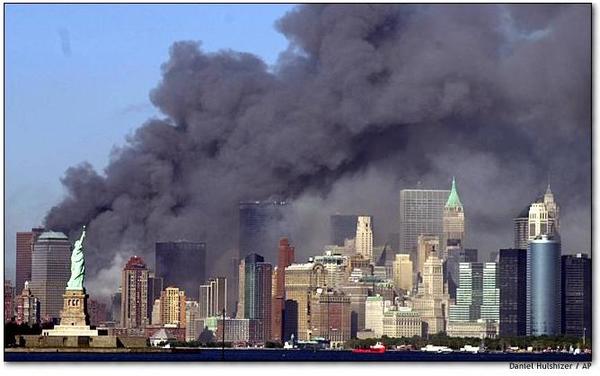 Chaos sorcery is an extreme variation of the Mind Control method 6, described as controlled conflict. Chaos sorcery might also be described as false flag terrorism. It involves ritual magic being used openly in the light of day. The 9-11 attack was an example of chaos sorcery.
​
The 9-11 event was so extreme, and so shocking to the public psyche, it placed the general mindset in a state of limbic fear, making them unable to think with a clear head. This opened the door for "government leadership" to strip the people of their Constitutional freedoms, declare a false "war on terror," send troops to attack two countries in the Middle East that were not involved in the attack, and place the nation in a state of chaos that lasted for months.

Even now, more than a decade after this attack, anyone that dares to question the official government story concerning the 9-11 attack, is subject to public ridicule as a crazed conspiracy theorist. The troops sent into the war in Afghanistan and their friends and families still believe the propaganda that they are there "defending their country."

The concept of this kind of mass mind control was outlined by German psychiatrist Kurt Lewin in his book Mind Control World Control, published in 1997.

The late conspiracy researcher Jim Keith wrote of Lewin's concept: "If terror can be induced on a widespread basis into a society, Lewin has stated, then society reverts to a "tabala rasa," a blank slate, a situation where control can easily be instituted from an external point.

"Put another way: By the creation of controlled chaos, the populace can be brought to the point where it willingly submits to greater control. Lewin maintained that society must be driven into a state equivalent to an 'early childhood situation." He termed this societal chaos fluidity."

In his book, Mass Control, Keith wrote: Agents of the world's elite have long been engaged in a war on the populace of Earth. Greed is the motivation for this war, a greed so pervasive that it encompasses the planet and all of the beings on it, but in recent times a philosophy has been used to justify that greed. It is the philosophy of mass control that ultimately aims at dictating every aspect of human life - even remolding man's perception of reality and himself."

Liza Vassallo, author of the list of 14 methods of mind control, wrote that the practitioners of chaos sorcery "want the outcome of the game known before the game is played. Interject chaos, you know the reaction its going to cause and you know. A leap in consciousness will subvert this technique. This technique works over and over again. Humanity won't wake up."

And unfortunately, this appears to be the state most of the world is caught up in today. We are all pawns in a fantastic and deadly game being played by the real masters hiding behind the veil.

As chaos continues to build around the newly elected president and his staff, as was happening just after George W. Bush came into power, there is concern that another 9-11 styled event may be in the works. Chaos sorcery appears to always work well in controlling the masses and the fear among scholars is that it will be used once again.