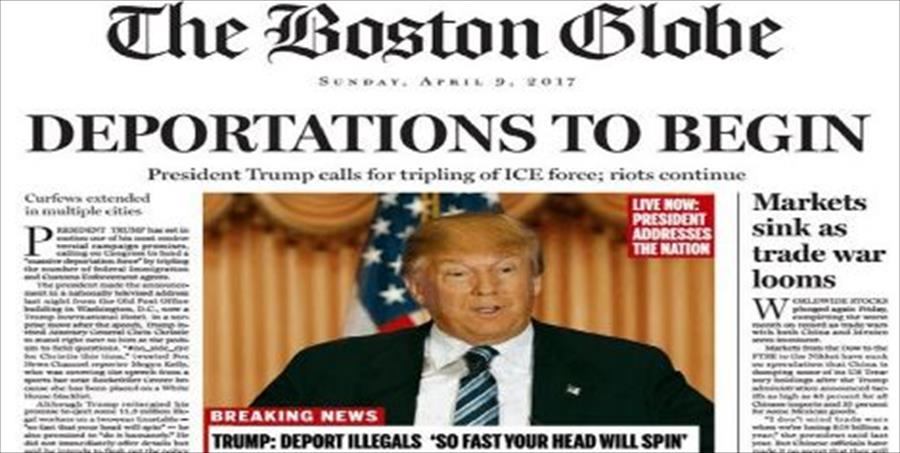 The Implications of a Trump Presidency

"Elections belong to the people. It's their decision. If they decide to turn their back on the fire and burn their behinds, then they will have to sit on their blisters!" -- Abraham Lincoln

Rummel also posted the following quote by Greg Brand, former Mayor of Saginaw and reporter for the Saginaw News:

"Regardless of who wins today’s election, our republic should survive.

"It will survive the presidency of a blustery, barely literate narcissist or a cutthroat, ethically challenged opportunist. After all, it survived James Buchanan, Richard Nixon, Warren Harding and Franklin Pierce.

"For that, we can thank the authors of the U.S. Constitution. They created a system of government built on checks and balances and limitations of power. They were wise enough to anticipate the possibility of an incompetent President, a mendacious Senator, a corrupt Representative.

"They were men of The Enlightenment — men who valued reason, who debated ideas and practiced critical thinking, men whose esteem was measured less by how many dollars they had earned than by how many books they had read.

"What our republic may NOT survive is our complete abandonment of those principles of The Enlightenment. As we look at the commentary over the last 18 months of presidential campaigning, we see little reason, little true debate of ideas … and an almost total absence of critical thinking."

Brand went on to say that he was not afraid of a Trump presidency.

"I am, however, frightened of this: We have become a nation of people who cannot tell fact from fiction, people who have lost all ability to listen to — much less work with — people with different opinions, people whose beliefs are so fragile they can’t subject them to a true debate, people who are not only unwary of their confirmation bias but readily embrace it.

That’s what will destroy our republic.

This election cycle is a symptom. We need to cure the disease."

To this another participant, Gregory Halverson, responded:

"Every one of the checks and balances the framers of the constitution put in place place 227 years ago to protect us from tyranny: the senate, the house, the governors, and now the presidency and consequently the supreme court have their decision making power in a single political party that was suddenly taken over by a billionaire with extreme opinions, including disbelief in the pressing environmental and natural resources crisis. This is the worst possible thing that could happen to our country."

He has no experience as a diplomat. Trump's history is that of a failed businessman with multiple bankruptcies, multiple failed marriages and multiple lawsuits filed against him over failed payment for services rendered. He is a loudmouthed, arrogant bully who dares to speak out against women and minorities. He brags about tearing down  the working system we have and replacing it with his own concept of a working federal government.

Even worse; Mr. Trump refuses to accept the reality of global warming and climate change. He wants to dissolve the U.S. Paris agreement and open the gates for the use of coal, oil and gas exploration and use. Thus we face another four years of doing nothing and refusing to participate in a global movement that is a last-ditch effort to save our planet and ourselves.
​
We shudder to think just what kind of empire this man will be building at our expense. And at the expense of a very worried world.