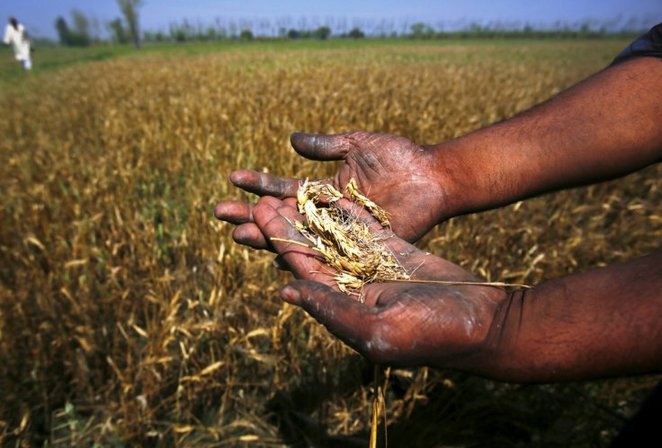 Can GMO Seed Industry Save Humanity?

A troubling report by Reynard Loki, Alternet environment editor, warns that the warming climate is already affecting many basic and beloved foods like rice, beans, apples, coffee and chocolate really hits home. These are things most of us will really miss if they disappear or become too costly to buy.

Loki’s story notes that crops like apples and beans depend on certain climates to be successful. Apples, squash and root crops like parsnips must go through frosted winters before they gain their delicious flavor. Other root crops like potatoes and peanuts and the main staple, beans, like cooler climates and struggle to produce when the ground is baking.

Rice crops are being heavily affected by drought in areas where they are grown and coffee is under attack in both South America and Africa by insects and disease; also the result of global warming.

The thought of going through our days without enjoying that morning cup of java, a bit of chocolate, a peanut butter sandwich, apple pie, mashed, French fried or scalloped potatoes, or any of the wonderful meals produced with rice or beans is difficult to fathom. In fact, after removing these things from the menu, I wonder what we will have left to enjoy?

You may think you can always fall back on the animal kingdom and feed on their carcasses. But the animals will be suffering too. Climate change is affecting the big feed lots on livestock farms. There is no guarantee that a hamburger patty or fried chicken will be available soon at the local restaurants. Wheat fields are being hit too, so there goes the bread.

There are always the insects. Some aboriginal tribes feed on them. Or perhaps we will resort to eating each other.

There may be a better  solution.

We are going to have to  rely on the ingenuity of the agricultural industry to find ways to deal with these catastrophic changes in our weather and continue to produce the food needed for a hungry world.

As revolting as this seems, the answer may be found in one of the most disliked corporations in the world just now . . . Monsanto.

Monsanto and other big corporations like DuPont, Dow Chemical Co. and Europe’s Syngenta, all engineers in genetically modified crops, may be capable of producing seed crops that will endure the heat and give us the food we crave. If it comes to this, however, we may have to pay the price. The beloved organic foods are not surviving the hot and radical weather patterns.

The news that DuPont and Dow have just merged to become the seed giant Dow-DuPont Agri is troublesome to comprehend. The merger makes this GMO seed and pesticide producing company larger than Monsanto. And according to Tom Philpott, writer for Mother Jones magazine, Monsanto has been negotiating for a hook-up with Syngenta. If that happens the two giants will dominate the world’s food industry, and Philpott predicts a "pesticide-soaked future.”

This defeats the purpose of using GMO crops since the pesticide we are talking about is laced with a cancer-causing chemical called glyphosate. The pesticides also are being blamed for a massive die-off of bees, which means yet another attack on farm crops. Without bees there is no pollination. Without pollination, crops do not produce.

It looks very bad for the food industry at this moment. Yet the answer to our problem may lie in the very thing that Monsanto has been doing for a very long time . . . experimentation in the modification of genes in the food we eat.

If there is some way we can convince the seed industry giants to give up their promotion of glyphosate poisoned pesticides and concentrate on alterations of crop seeds to withstand our warming climate, we may be able to continue enjoying the food we need and possibly hold on long enough until the world leaders do something right to save our planet … and subsequently save humanity from a hungry extinction.