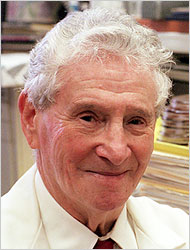 When he died in 2010 Dr. Albert Kligman was lauded in obituary accounts as a dermatologist who co-invented the acne medication, Retin-A. But the former prisoners at Philadelphia’s Holmesburg Prison and their families remembered him as the evil scientist who injected them with dioxin, the main ingredient in Agent Orange. It was a secretly financed study to determine the effect dioxin had on the human body.

The prisoners selected for the dioxin experiment were mostly black men, all of them objects of the experiment funded by Dow Chemical, Johnson & Johnson and the U. S. Army. The experiments were conducted between 1965 and 1966.

The prisoners were injected with massive doses of dioxin, and the results were horrible. The subjects suffered from severe acne, blackheads, cysts, pustules and other outbreaks on the face, armpits and groin. They continued to suffer from the effects of the chemical for years later.

The military used Agent Orange as a jungle defoliant against the North Vietnamese army during the Vietnam War. The stuff was sprayed upon the soldiers, the towns and the civilians from aircraft beginning in 1961, long before Kligman’s experiments began, and continued to 1971, long after the effects of dioxin were known.

Kligman’s various experiments with the prisoners began in 1951 and continued until 1974. He paid the prisoners to let him use their bodies to test toothpaste, deodorants, shampoo, skin creams, detergents, liquid diets, eye drops, foot powders and hair dye. Other tests involved mind-altering drugs, radioactive isotopes, and exposure to pathogens like herpes, staphylococcus and athlete’s foot.

Kligman was paid $10,000 by Dow Chemical Co. to conduct the dioxin tests on prisoners. The U.S. Army paid $386,486 to Kligman and Professor Herbert W. Copelan, both professors at University of Pennsylvania, and to the university, for experiments with LSD.
Dow Chemical Co. and Monsanto Corporation were the primary producers of Agent Orange during the Vietnam War.

The Kligman experiments were brought to an end in 1974 after Allen Hornblum joined the prison staff. Hornblum was shocked at what he saw going on, and wrote a book, "Acres of Skin: Human Experiments at Holmesburg Prison; A True Story of Abuse and Exploitation in the Name of Medical Science."

Holmesburg’s book stirred a wave of national attention. There were congressional hearings and the Kligman experiments came to an abrupt end.

In a personal interview, Holmesburg said: "It was chilling to be in a totalitarian atmosphere, which a prison is, and to see minorities – the prison was about 85 percent black and there were very few high school graduates – to see all of these people involved in some medical experiment about which they had a minimal amount of information."

He was called to Holmesburg Prison in 1951 because an estimated 1,200 prisoners were plagued by an outbreak of athlete’s foot. He later told a newspaper reporter about the day he first arrived at the prison: "All I saw before me were acres of skin. It was like a farmer seeing a field for the first time."
​
About 300 people, subjects of the Kligman tests, later filed suit against Kligman, the University of Pennsylvania and Johnson & Johnson. The experiments have since become a textbook example of unethical experimenting. What went on at Holmesburg Prison has been compared to the "barbarity and sadism of Auschwitz and Dachau."