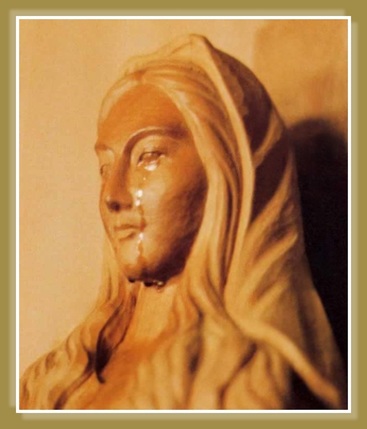 Was the Third Secret of Fatima Revealed?

The so-called “Third Secret of Fatima” involves a supernatural event that occurred in 1917 at Cova da Iria-Fatima, Portugal, when three children allegedly received a series of personal messages while in a trance and encountering an apparition.

The children, who were devoted Catholics, claimed to have been visited by the “Blessed Virgin Mary” who gave them prophetic visions of future events. The strange events continued for about six months. The word spread and before it was over the events were witnessed by people that gathered at the site and even the media, who came to witness what they said were strange astrological events occurring while the children were in their transit state.

While no one saw the apparition or heard the voice that the children claimed to have heard, witnesses at the site claimed they saw a darkening of the sun and various other signs in the sky.

Two of the “secrets” were disclosed by the church in 1942 after they were written in the memoirs of Sister Lucia, the only one of the children to still be alive. The revealed "messages" included a vision of the reality of Hell and a prediction that World War I would soon end but if the world was not careful, it would be followed by a second and even more fearsome war. This war was occurring even as the warning was being made public

The third secret was placed under wraps by the Vatican. Lucia, whose full name was Lucia dos Santos, said the secret would not be told before 1960. When that date came and went the still Vatican refused to make this message public. Then in 2005 Pope John Paul II disclosed that the Third Secret was a vision of the 1981 assassination attempt on his life.

Pope John Paul’s story, however, may not have been true.

It seems that Sister Agnes Katsuko Sasagawa, a Roman Catholic nun in Japan, experienced a similar visitation by who she believed to be the Virgin Mary during a time of intense prayer and penance in 1973.

Sister Agnes, whose messages were titled apparitions from Our Lady of Akita, was suffering from health problems stemming from defective surgery. After going deaf she moved in with the nuns in a remote sanctuary at Yuzawadai in Akita Prefecture.

The 1973 events included apparitions of the Virgin Mary, stigmata and a weeping wooden statue of the Virgin Mary that continued for weeks. During her visions it is reported that Sister Agnes was cured of her deafness. The messages included a call for constant prayer for reparation and a warning of a looming “terrible punishment on all humanity.” The apparition warned that Satan would infiltrate the church.

The entity told Agnes that this warning was the final secret of Fatima that the Vatican was withholding from the world.

The church didn't make this information public for years. Finally a portion of the text of the message was published by the Catholic publication Michael in 2005. It reads as follows:

“If men do not repent and better themselves, the Father will inflict a terrible punishment on all humanity. It will be a punishment greater than the deluge, such as one will never have seen before. Fire will fall from the sky and will wipe out a great part of humanity, the good as well as the bad, sparing neither priests nor faithful. The survivors will find themselves so desolate that they will envy the dead.

“The work of the devil will infiltrate even into the Church in such a way that one will see Cardinals opposing Cardinals, Bishops against other Bishops. The priests who venerate Me will be s corned and opposed by their confreres. Churches and altars will be sacked. The church will be full of those who accept compromises, and the demon will press many priests and consecrated souls to leave the service of the Lord.”

An eye witness to the miracle in Japan, Bishop John Shojiro Ito, declared the events at Akita to be of supernatural origin. He authorized the veneration of the Lady of Akita and declared the warning to be the “Message of Fatima.”
​
Bishop Ito felt this event was so important he made three trips to Rome to seek the opinion of the Holy See. On his third visit in 1988 he was received by Cardinal Joseph Ratzinger who “gave definitive judgement on the Akita events and Messages as reliable and worthy of belief.”