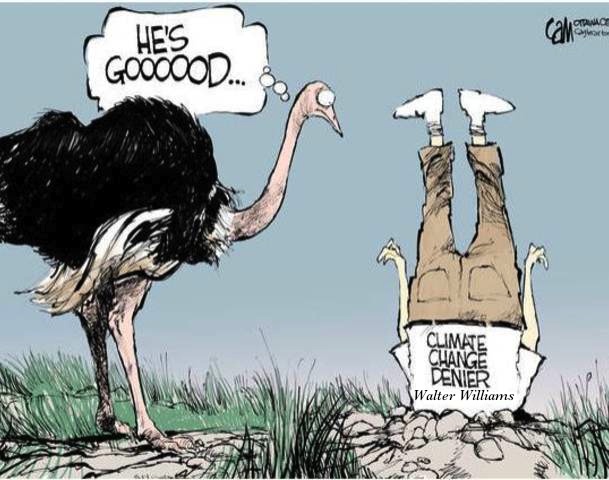 The Business Of Environmental Disaster Denial

The big business interests that control governments in the United States are working very hard to sweep issues like global warming, climate change and polluted lands, streams and air under a magic rug.

Government leaders, so dependent on corporate dollars to retain their jobs, are bending so far over backwards to please their “shadow” bosses that they are not only looking silly, but they are passing the most unconstitutional laws imaginable
.
But because they are the government, and because they are all in the same sinking boat so to speak, they appear to be getting away with what they are doing.

For example, the U.S. Environmental Protection Agency has been denied the money it needs to maintain the inspection program needed to enforce the environmental legislation that went into law in the 1970s. The Clean Water Act is thus being violated in nearly every state without repercussion against offenders.

A recent report in the New York Times states that an estimated 19.5 million Americans become ill yearly from drinking water contaminated with parasites, bacteria and viruses. This number, published by the scientific journal Reviews of Environmental Contamination and Toxicology, does not include medical problems caused by industrial toxins.

The Times story noted that tap water in parts of the Farm Belt, including the states of Illinois, Kansas, Missouri and Indiana, contains high concentrations of pesticides linked to human birth defects and fertility problems. Dairy farmers in Wisconsin and California are spraying liquefied animal feces on their fields. The excess seeps into water wells.
Untreated human waste has been flushed by heavy rains through city sewer treatment systems in many cities and contaminated public beaches. Dry cleaning solvent linked to kidney damage and cancer has been found in the drinking water in several other states.

The Times found that fewer than three percent of known Clean Water Act violations resulted in fines or any other punishments by state officials. The E.P.A. has often declined to prosecute polluters or force states to do so, the story said.

When the Clean Water Act was passed in 1972 the E.P.A. was awarded the money and tools to bring strict enforcement against industries and communities that were in violation. Within the next decade the nation’s lakes and streams were showing improvement. But when George W. Bush got into the White House, the funding dried up.

“We were told to take our clean water and clean air cases, put them in a box and lock it shut,” one unnamed E.P.A. employee told the Times. “Everybody knew polluters were getting away with murder. But these polluters are some of the biggest campaign contributors in town, so no one really cared if they were dumping poisons into streams.”

The situation has improved some since President Barack Obama came into power, but a balking legislature has been reluctant to release the money needed to fix the damage. And most the of the E.P.A.’s funding has been earmarked for maintaining clean air standards and fighting carbon emissions.

Some states are actually attempting to make it illegal to report violations of the Clean Water Act. The State of Wyoming, for example, has just put a law on its books prohibiting anyone from taking photographs of state streams and lakes and using them to report toxic spills.

State legislators don’t seem to care that the law is in violation of the First Amendment.
Notice also that every candidate for the Republican nomination for the presidency, to date, has denied weather change. Even the Democrats that admit the existence of global warming have put this issue low on their list of campaign promises.

The reason is money, of course. They all need heavy donations from big corporations to compete for the job. And big oil, big coal, big electric and other manufacturing corporations that pollute, do not want environmental issues argued in the 2016 campaign.

Climate change is such a serious problem it belongs on the top of the list. Be very aware of this when you go to the polls in 2016. Pick the candidates that at least acknowledge there is a problem. Most Republicans do not.