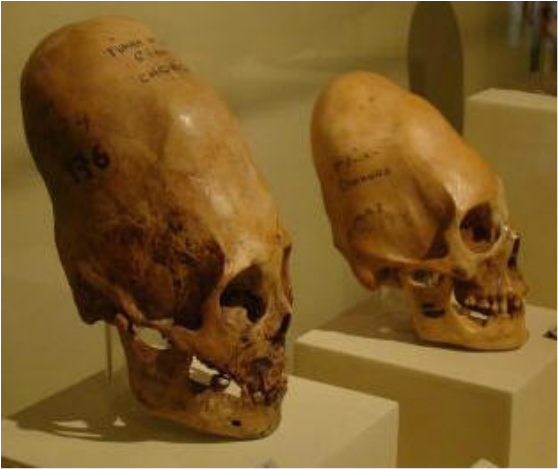 What Is The Truth Behind Those Elongated Skulls?

Among the great archaeological mysteries has been the existence of humanoid skulls that look nothing like the skulls of humans as we know them today. And lest we stand accused of building a case based upon a few "freaks" of nature, it should be pointed out that these odd-shaped skulls are relatively numerous, and they are found at archaeological dig sites all over the world.

These skulls are elongated; that is the bone is extended either upward or backward providing much larger cranial cavities than found in normal contemporary human skulls. There are the large, more oval shaped skulls with cranial cavities that are nearly double the size of that in the usual skull. The eye sockets in these appear to be placed more closely together, but this is because they are larger than contemporary human eye sockets. The latter skulls clearly have an "alien" appearance.

Then there were the strange horned skulls, found with the skeletal remains of seven-foot-tall giants unearthed at an archaeological dig in Bradford County, Pennsylvania in the 1880s. While anatomically correct in comparison to normal skulls, they all had horns projecting about three inches out from the forehead. Were these not the remains of alien visitors who became trapped on this strange world? That they were horned giants suggests they may have been the origin of the Satan myth.

Among the more controversial skulls is that of the so-called "starchild," whose remains were found with those of an adult female, believed to have been its mother in a cave in Mexico in the 1930s. While the mother was determined to have been native American, the child’s skull was so unique that some are theorizing it may have been the result of cross-breeding with an alien father or possibly a failed attempt at genetic manipulation.

The starchild skull is believed to be of a child of about five who existed about 900 years ago. The skull is much larger than that of a normal human child of that age. The eye cavities are round and shallow, the optic nerve canal is located near the bottom of the orbit than where it should be near the back. And the skull lacked frontal sinuses. The rear of the skull is flat.

Scoffers have written the starchild skull off as a hoax, or are claiming medical abnormalities caused the deformation of the skull and probably caused its early death. The scoffers have attacked the horned skulls of Pennsylvania, claiming their mysterious disappearance is proof ofa hoax occurring at that archaeological site. But then it is easy to understand why such skulls would quickly go missing in a society that remains fixed on proving the Biblical stories of the origins of things.

More common among the ancient skulls are the elongated ones. The skulls found in Peru and Mexico extend almost upward. The skeletal remains found with them show that these people also were giants, some standing up to nine feet in height. Suggestions that skulls were altered by the practice of binding them in infancy have been rejected by researchers. They say skull binding cannot increase the internal capacity of the skull, and that these skulls have much larger cranial cavities than normal human skulls.

Similar skulls, as well as art work in ancient Egyptian structures, show men and women, especially the pharaohs, as having large misshapen skulls.

Who were these people, where did they come from and since there is evidence that they existed, what happened to them in the ancient past?

There are ancient texts, including the Book of Genesis, the Epic of Gibberish and Greek mythology that speak of the "Ancient Ones," Nephilim, Anunnaki, or "sons of God that came in unto the daughters of men, and they bare children to them." Those children were described as "mighty men which were of old, men of renown."

Contemporary writers like Eric von Daniken, whose book Chariots of the Gods, and Zecharia Sitchin, who has promoted the ancient Babylonian myth about the Anunnaki, have stirred the belief among many followers that our human origins came from the stars. The old stories tell about the ancient ones who lived among us until they felt we were evolved enough to manage our own affairs.

Another alternative theory is that there was at least one ancient race of humanoids that existed on this planet before the arrival of Homo sapiens. This race went extinct because of cataclysmic events. Thus we have the old stories of the great civilizations that once existed on the continents of Atlantis and Mu, and that they both were lost when these places sunk into the sea.

So what is the truth of our ancient past? And without knowing what happened then, how can we avoid repeating the mistakes that led to the destruction of past civilizations? Perhaps we have already made them. And if we are again plunging into global extinction, will our sun and planet live on long enough for intelligent life to rise at least one more time? 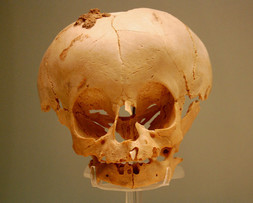