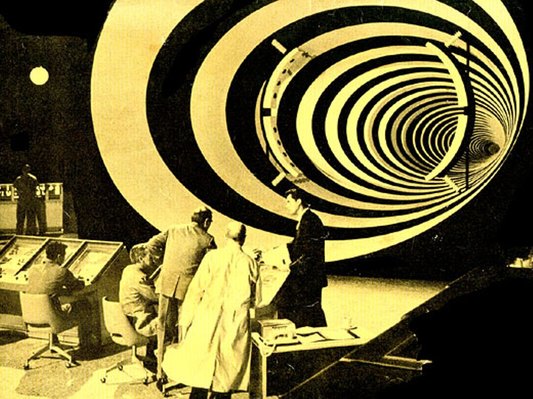 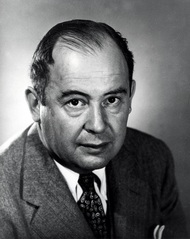 Because of  what happened to the USS Eldridge during experiments in invisibility at Montauk, New York, in 1943, the researchers realized they had inadvertently sent the ship and the 33 volunteers on its decks 40 years into the future before bringing them back again.

One of the survivors of that mission was Duncan Cameron, a man with special sensory abilities, who had been especially picked for the project. Cameron sensed something was going wrong with the experiment and jumped ship. Consequently his body was not caught up in the metallic atomic particles that realigned themselves as the ship returned to its original site and he survived the ordeal to talk about what happened. He also entered the ship and took an ax to the equipment to halt further damage.

But the fact that a method of time travel was accidentally discovered proved too tempting for the U.S. Military. After the war, Dr. John Van Neumann and Jack Pruett set up a lab for new experiments at what was by then an abandoned military base at Montauk, New York.

Cameron obviously remained on staff to participate in the project because he had a lot to say about the success of the project and what was accomplished in the years that followed. His story appears in the writings of Valdamar Valerian in his book Matrix II.

There have been other people who have claimed to have been involved in the time travel experiments that went on during those years, but Cameron's story appears more believable. He goes into a lot of technical detail involving the equipment used in the experiments, and described a special "chair" that time travelers sat in before they made their trips through space and time.

That Cameron noted that successful travelers had to sit in the chair and use their mind to generate a "tunnel" to a particular destination, or to invent objects that temporarily appeared strongly suggests that the technicians were working with a very ancient principle known as the merkaba.

Cameron described the chair as "a mind amplifier." He said "the government would have specially trained individuals sit in the chair and generate thought-forms, which would be amplified and transmitted. They could transmit the signal and put people in a pre-orgasmic state which they would be receptive to programming."

While tinkering with this chair, Cameron said "they found that it could work in time. They had a psychically trained individual st in the chair and generate a thought-form of a vortex that connected 1947 and 1981. That's exactly what they got - a time tunnel through could walk through."

Ella Crystal on her website Crystal Links, offers some interesting commentary about the merkaba, which is a chair mounted in frames of pyramids that appear to overlap each other, both from an upright and upside down position. A person with a strong psychic ability sits in the chair and entertains powerful thoughts. The brain thus acts like a computer that connects to the energy field within the pyramids.

People who practice yoga perceive a powerful energy field located in the human spine which, when activated by an altered state of consciousness, projects an energy that expands in a wide radius around the body. This energy field is known as the Kundilini. Researchers for the Air Force claim that people with these energy fields can be observed on computer screens and can even be picked up by special equipment in satellites.


Cameron said he believes the energy discharged by the kundilini may be the same that is picked up and amplified by the markaba chair developed by scientists at Montauk.

He said the breakthrough occurred at about 1979. After this, he said the "transmitter" had the power to warp both space and time. "The individual in the chair would have to synthesize the vortex function because they didn't have the technical capability to do that. It can now be mechanically synthesized.

He said the vortex through time looked like a spiral, corkscrew-shaped tunnel that was lighted for its entire length. "You would start to walk into this thing and then suddenly you'd be pulled down it. You were more or less propelled through it. You could go anywhere in space and time."

Cameron said it was discovered that time travelers could alter the present by tinkering with things both in the past and in the future. But once a "time loop" with both the past and future was established, no changes could be made.

During the interview, which occurred in 1990, Cameron said volunteers projected themselves forward in time as far as 10,000 AD. He said beyond the year 2012 the future appeared in a "dreamlike reality." Nothing tangible could be found.


Now that we are living in a timeline beyond 2012 it would be interesting to know if this experiment has ever been repeated, and if a similar "wall" still exists at that point in time. If so it may mean that something significant occurred that year that changed our world; even the dimension in which we are living. It may have happened and we were left totally unaware because we would have no collective memory of what really went on before.

Another great danger in time travel, Cameron said, was traveling to a point in time where the traveler already exists. Once the traveler steps out of the tunnel he or she instantly "incinerates."

Apparently this kind of accident happened only once during the experiments. They were careful not to let it happen again.