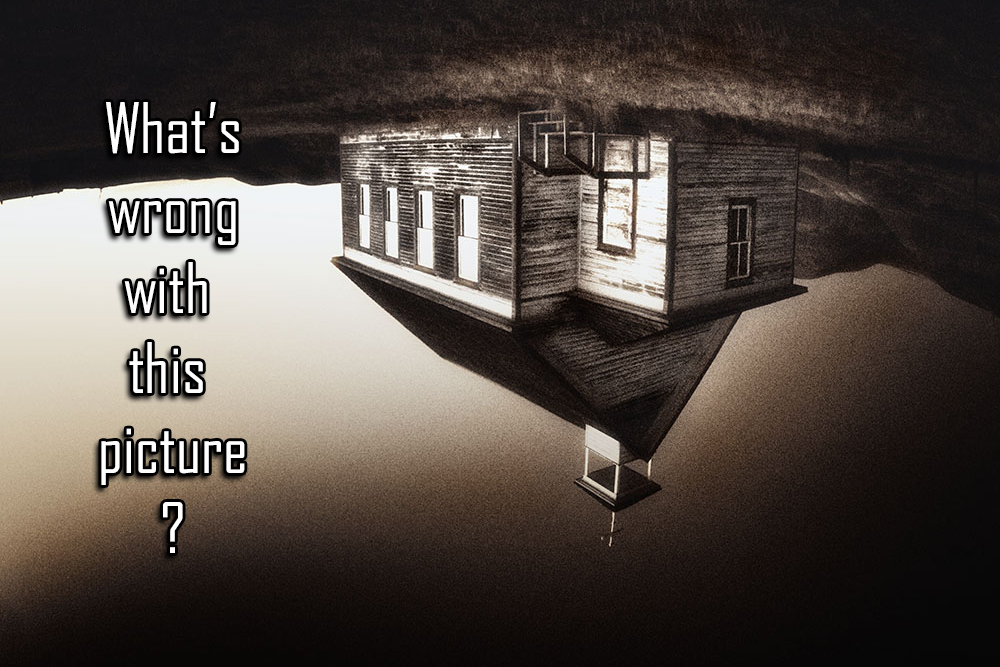 Why I Gave Up On Christianity

It should be no secret to regular readers of this website that I have revolted by all forms of formal religion and especially Christianity. I go to great lengths on Sundays to offer my own version of an anti-Christian sermon, based on issues that really trouble me.

One might be surprised that my background includes a stint as religion editor of the Kalamazoo Gazette in Kalamazoo, Michigan; Sunday school superintendent of the Sandusky Baptist Church in Sandusky, Michigan, and deacon and church treasurer of the Snover Bible Church in Snover, Michigan. While at the Snover church I also taught an adult Bible class on Wednesday nights.

I am walked among bishops and theologians of Catholic, Episcopal and Reformed Churches. I attended classes in Bible study from the Grand Rapids School of Bible and Music. In my youth I sang tenor in Methodist and Baptist church choirs.

I am no stranger to the Christian faith.

I was once in love with two women at the same time. One was a devout Roman Catholic, which caused me to attend Catholic training in preparation for marriage in a college level class. The other was a devout Bible believing Baptist girl who dragged me to evangelical services where I survived various altar calls.

In the end I chose the Baptist girl to be my wife. While I loved both of these women and struggled mentally over my choice, it was the demand that children born to the family must be raised in the Catholic faith that made the difference. After taking the classes I not only disagreed with Catholicism, I refused to commit any unborn children to be raised in a religious system I could not personally accept.

Eventually, because I married the Baptist girl, I joined the church she chose to attend. It was a small new church held in a former country school building on the edge of town. The pastor lived in a house located right next door. As it was in everything I have done in my life, I threw myself into church operations. My wife and I were assigned as youth leaders and found ourselves dealing with a pack of wild teenagers.

While struggling with that project, the pastor and I got into a theological disagreement over the question of separation. He said church doctrine called for followers of Christ to separate from the world. This pastor asked me to give up two important social roles I had in the community. I was a member of the volunteer fire department and I belonged to a Saturday night bowling league. I realized that I preferred bowling and fighting fires more than I liked attending church.

That issue threw me deeply into one of my first in-depth studies in church theology. I learned that the concept of separation was not to cut ourselves off from contact with the world (Jesus ran with Mary the prostitute). Instead it involved separating ourselves from the sinful actions of those we associated with. We were to show our “life in Christ” by our actions. Thus I gave up drinking beer with the boys on bowling night.

At that time we defined beer drinking as a sinful act. So were things like admiring another woman's nice figure, lusting after a neighbor's fine new car, being a glutton and eating too much at public gatherings and skinny dipping. To be clear, I no longer think this way and would do any of these things and more with a clear conscience.

My next problem with that church involved money. We had a fund-raising campaign going on with plans to build a real church to replace the old school building. But I discovered one afternoon that the money we were donating was being funneled into construction of a new garage at the pastor’s house. That was the final straw. He didn't need that garage as badly as the congregation needed the church building. We left that congregation and began attending a Bible church in a nearby town.

After that I accepted a position at Kalamazoo and was quickly moved into the job of Religion and Music editor. We began attending a Bible Church where the pastor also was a professor at the Grand Rapids School of Bible and Music. He was teaching college level classes on Wednesday nights, so I signed up. We remained in that church for about two years but things were not perfect. We hired one of the young women of the church to sit with our children one evening. When we got home we learned that she had entertained a young man during our absence. Instead of watching our children they spent the night behind a locked bedroom door. Weeks later we learned that the girl was pregnant, much to the disgrace of the church and her family. I now look back on that event as some carma that came back to bite that family in the ass. She performed what was perhaps the worst  "sin" on the list and the "Lord" spanked her.

From Kalamazoo we moved on to the Port Huron Times Herald, where I was assigned to operate a news bureau in Sanilac County. I had an office in Sandusky, Michigan. There we joined the Sandusky Baptist Church where I was soon given a job as a high school class Sunday school teacher. Not long after this I was promoted to Sunday School Superintendent. I started a special promotion for church membership that involved slamming a pie in the face of the pastor if our numbers reached a certain level. We surpassed that number and the pastor reluctantly took that pie in front of the entire congregation. I was a rather devious yet still devout Christian in those days and determined to shake some of those stuffed shirts into enjoying more life and less worry about committing sinful acts.

The church was growing fast. In fact we established our own private church-run school and we were in the process of planning construction of a new and larger church to house our growing rolls when everything hit the fan. The pastor, the father of three lovely young children, ran off with one of the other women in the church. It was a terrible disgrace that tore that church into shreds.

I was assigned to a special committee to search for a replacement minister. From there, I got a view of the inside workings of the church and did not like what I saw. It seems that the entire church was controlled by two local businessmen who had financial control of everything that went on. They controlled our quest for a replacement minister. When a few concerned men joined me for special Saturday night prayers at the church for a “cleansing” of the church, the locks on the front door were changed so we could not get in. Then the man our board picked as the best candidate to be our new pastor was skillfully blocked from being called during a church business meeting.

At that point I felt led to leave the church. I tendered my families’ resignation verbally during the next Wednesday night meeting of the church body. Several other families followed us out.

Shortly after this, the man who applied for the pastoral position at the church, but was turned away, agreed to help us start a new church in the area. We opened our home for the first meetings. Then we moved into a John Deer tractor dealership, which offered us space for Sunday services. We were just getting that church off the ground when the pastor I had supported informed me that I must shave my beard if I was to be involved in the church. I have worn a beard all of my life. It has been my trademark. I reminded him that in every picture ever painted of Jesus, he had a beard. Also famed Chicago evangelist and founder of the Moody Bible Institute also wore a beard. That didn’t persuade him. Rather than give into his silly demand, my wife and I quit that church.

We began attending services at a church several miles away. Not long after we began attending, that minister resigned because he said his daughter was impregnated by a young man in the church. He said he did not have his house in order.

We attended a Baptist Church in Marlette, Michigan, where I got involved in a Sunday morning bus ministry. I and another man devoted our time calling on homes and getting children to ride our vans, provided by the church, to Sunday school. As an incentive, my wife and I began treating our riders to little treats because we knew some of the children didn't get any breakfast before we picked them up. We also began rewarding Bibles to children who had regular attendance for a month or longer. We resigned after the church deacons ostracized us for awarding the Bibles without their approval. They lost us as working members.

From there we went to Snover and got involved in a new Bible church work going on there. I was soon snatched up as a member of the church board and put to work teaching Bible. Then that pastor left in disgrace after beating up his wife.

It seemed that everywhere we went, the churches fell apart. It became a family joke that we put curses on the churches we attended.

We left the Snover church. My daughter and I made one last try. We traveled to Caro, Michigan, and attended the Baptist Church my wife attended as a young girl. It was a Wednesday night prayer meeting. When the congregation broke up in groups for prayer, my daughter and I were ignored. We were left by ourselves while the other church members huddled together in fervent prayers to God. We awarded ourselves that night with a large chocolate milk shake at a local restaurant and while drinking it, decided that we were through with Christianity.

I returned to church once after that. We attended a funeral at the Snover church. It seems that Archie Dorman, an elderly gentleman who always attended my Bible study classes, died unexpectedly. Before he died, my wife was with him in his hospital room. He asked her: “When you pray, have you ever asked who you are praying to?”

She told him no, it had never occurred to her.

Archie suggested that she ask that question and then tell him what she found out.
He was dead before we had the answer.

We were praying to ourselves.