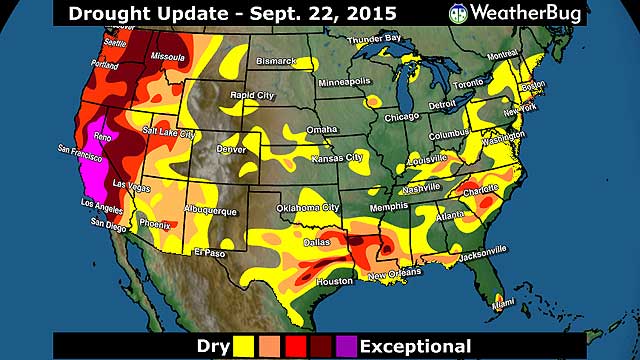 The Jack Sprat list puts drought as its third issue of world concern. And it is no secret that the Western United States is presently suffering a major drought. Crops are dying. Cattle have no feed. The newspapers are comparing it to the great Dust Bowl days of the 1930s.

There is a strange parallel between what is happening now and the great dust storms of the 1930s. In that earlier time it was said the Dust Bowl was caused by the great land rush, when plots of soil were literally given away by the government to all who staked a claim to it. And this soil was already an arid place, protected only by a thin layer of top soil that had taken thousands of years to occur. When the farmers put their plows to the land, they found it fertile. But when there was a drought, and the winds began to blow across that open landscape, the dust storms happened. It was a dark time in American history, occurring in the midst of the Great Depression.

While farming practices have changed since the 1930s, and land in the plains is being used for cattle ranches and growing acres and acres of mostly wheat and corn. No matter how they use the land, however, the farmers still depend upon normal rainfall to sustain those crops. And the rainfall throughout the land has clearly stopped being normal. Much of the nation is now gripped in drought. And interestingly enough, this is happening in the midst of a major world economic downturn that economists are calling a recession. They are carefully avoiding the word "depression," although to the millions of people out of work and living on government food stamps and welfare assistance, that is clearly what it is.

The United States is not alone in dealing with drought and mixed up rainfall patterns. The problem is literally world-wide, with major portions of the world suffering from abnormally dry conditions. While climatologists say that statistics show droughts have been somewhat reciprocal in the past, occurring at intervals of about every 20 years, this one is uniquely different. It began in the American Southwest, parts of China, Africa and the Mediterranean area at least a decade ago and has been increasing in severity and the size of territory involved ever since.

This year the drought map in the United States covers nearly all of the western states with fingers reaching east to the Mississippi and Ohio Valleys.

Oh there has been lots of rainfall. The newspapers are filled with stories about the rains that arrive in storms so severe they include tornado or hurricane-force winds, damaging hail and lightning, and the water falls in deluges. The rain is measured in inches if not feet. Entire towns are flooded, hills are eroded, and rivers and streams flood their banks. The rains come so hard the water doesn’t have a chance to seep into the soil. The storms are leaving trails of destruction in their path.

What has caused this extreme shift in the patterns of rainfall on our planet? Would anybody guess that it might be global warming? Some climate specialists have been warning of this for years, but the nay-Sayers have dominated the news and our television screens, assuring everybody that we have had nothing to worry about.
In 1990 NASA scientists were predicting severe to extreme drought in the United States if world temperatures kept rising.

A 2011 study of drought by Aiguo Dai of the National Center for Atmospheric Research examined drought severity during a period between 1900 and 2008. It found that the widespread drought conditions sweeping Africa, East and South Asia and the Southwest United States and Mexico were caused by a general warming of the planet by 1.74 percent per decade between 1950 and 2008.

While it is estimated that the drought in the United States will mean losses in corn and grain crops, force cattlemen to slaughter livestock for lack of feed, and cause a major increase in food prices, there may be no respite for food producers now thinking of reaching around the globe in search of imports to fill the gap. Drought is taking a heavy toll on crops all over the world.

Mexico, for example, is also suffering from drought that is affecting 22 of the nation’s 32 states and causing an estimated 40 percent loss in agricultural production. The UK is hit by drought and warning of an increase in food prices. Argentina is dry. So is Portugal.

Is this going to be a temporary problem? Will the rains return to normal soon? If we don’t do something quickly about carbon emissions and stop the heating of our atmosphere, climate specialists are warning that the extreme weather conditions will probably get worse.

In his report Dai warned: "If we allow this to come to pass it would mean large parts of the currently inhabited and arable land of the planet would be all but uninhabitable and virtually impossible to farm."

Even more alarming is the warning by scientists who say the shift we are experiencing may reach a point where it will "become irreversible for 1,000 years" with permanent Dust Bowls in the Southwest United States and around the globe.

Yes, Mr. Sprat, drought is a major issue facing mankind and something needs to be done to reverse it immediately.