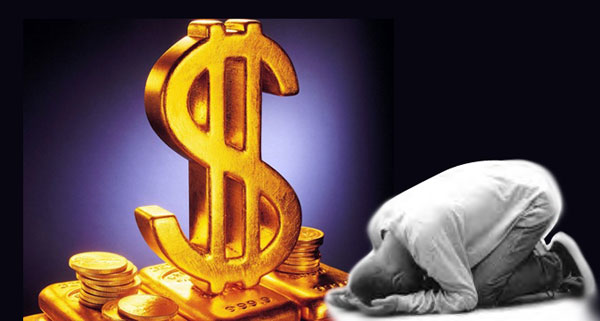 There is an old story mixed in American urban mythology that claims people can't enjoy money that they don't earn with their own hard labor.

That old saw has been flying for years and the masses . . . those that work as slaves for the rich . . . seem to have bought it hook, line and sinker.

Back in my younger years I befriended a fellow named Mike Lucas, Mike was involved in heavy litigation against his employer because he had been fired for organizing a union in the shop where he worked. Mike, who moved to new digs in California, has a wonderful brain. He appears to understand more than most people how the system works. He won his lawsuit and retired at a relatively young age.

Lucas saw right through the myth about the poor not enjoying "easy" money. He claimed this story was a deception, passed down by the few wealthy people who run the system, as a way of keeping everybody locked in a form of slavery. I believe he was quite right.

There is an ironic twist to this story that most people don't think about. When the poor acquire sudden wealth, they don't take time to plan how they are going to handle it or prepare for the way it will change their lives. Thus they often run into big trouble.

Over the years I saw this happen after I met multi-million dollar lottery winners and then went back to visit them ten years later. It was not uncommon to find that their marriages failed, they were involved in litigation with former friends and relatives, and sometimes they were already into bankruptcy.

That is because people with unexpected wealth become instant targets for con artists and quick witted fellows who are skilled at taking money away from people who have it. Primary targets are lottery winners, family inheritance recipients and the retired elderly.

Our society puts too much stock in wealth. We tend to elect the very wealthy and powerful into public office. These are the people that run our courts. We have allowed money to be our god. Money is literally the controlling power over the people. It is worshipped. When people lose it they sometimes become so despondent they commit suicide.

We train children through our public education system to prepare for jobs to earn money. We teach them the value of money. Parents give their children an allowance that "teaches" them the value of money. Everything is geared to place a slave mentality in our children as they pass through their formative years. Public schools never teach children to think of being industrial, social or political leaders, or to develop right brain abilities.

I knew I was destined to be a writer early in life. Yet my father, a chemical engineer who worked for a company that produced monosodium glutamate to poison the brains of millions, encouraged me to go to college and prepare for a career in science. He saw money as success. He warned me that a career in journalism would leave me a pauper. This proved to be untrue.

I didn't succumb to the call of money, I have never regretted my decision and while I never got rich, I never fell into a state of poverty. My family and I have always been well provided for. I followed my calling and spent a lifetime enjoying (almost) every minute of my vocation. I am still writing and probably will continue doing so until my brain quits working and/or my fingers can no longer tickle the keyboard.

My point to all of this is that the lure of money is a lie. Those that have money are usually skilled at acquiring it from others, and also keeping it from the thieves that nibble at their doorframes. The rest of society is frantically groveling in the dust for some way to gain access to a wealth that, for them, is unobtainable. The rich will make sure of that.

Also, I believe my father was wrong. While wealth can make a man comfortable, it does not bring happiness or success. Even wealth that is hard-earned can't do this.

The key to happiness is love. Without love of one another, family, children, neighbors and the Mother Earth, we miss the true purpose of our existence. From where I sit, there isn't much of that being passed around these days.