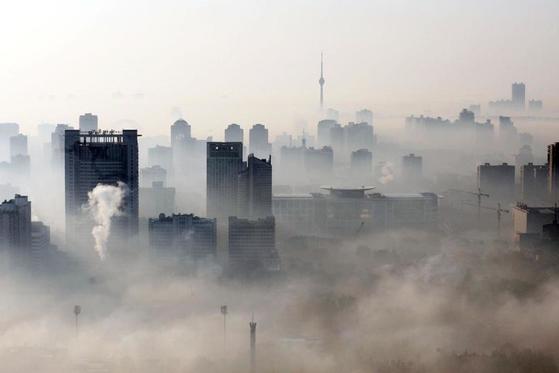 Is It Runaway Global Warming Now?

When the term “global warming” first started to be an issue near the end of the Twentieth Century, noted physicist Stephen Hawking warned that failure to control our use of fossil fuels could lead to a runaway warming scenario that could wipe out all life on Earth.

It seemed that nobody was listening; or if they were, they were not willing to take Hawking’s warning seriously. The great fortunes being made from the control and use of coal, oil and natural gas to heat our homes, run our plants and power our vehicles overwhelmed any concern government leaders had for maintaining the health of our planet.

Even today, as oil reserves in the ground are beginning to disappear and green energy technology is becoming more readily available, the leading candidates for the top elected job in the United States are refusing to address the new name for global warming – “weather change.”

In addition we have been cutting away our forests for lumber to build more and more cities and grow more crops for our overpopulated world. We have carelessly polluted our fresh water, our rich soil and our oceans with our waste. We have been blatantly killing our Mother Earth and now we are paying the consequences.

They are not talking about it even though the United States and the entire world is now racked with extreme weather events that are destroying coastlines, flooding vast land areas, creating droughts, demolishing buildings and leaving thousands destitute, homeless and hungry.

Fortunately, governments of other world nations are attempting to take action. Private developers in the United States also are actively working to promote a green energy world. There has been great advancement in the development of all-electric cars, high speed rail systems designed to ease highway traffic and give drivers a better alternative for traveling, and giant solar receiving systems generating electric power to meet growing world demands.

The shift from oil and coal has been slow, but the pace is now having an effect on the coal and oil companies. Saudi Arabia is no longer wallowing in oil wealth and frantically looking for alternative businesses to feed its lavender life style. The great Peabody Coal Company in the U.S. has just filed for bankruptcy.

They were warned. The entire world was warned about the looming effects of building carbon emissions. The U.S. Environmental Protection Agency, created in 1970 when President Richard Nixon was in office, was the result of action groups even then concerned about the effects of industrial pollution on our planet. Over the years, however, the EPA has battled against corporate-controlled political decisions to cut its budget and curtail its power to control carbon emissions.

We have had the government agencies in place to save us from the disaster now occurring. For political and financial reasons, these agencies were not allowed to do their jobs. We can thank George W. Bush and his cronies for blocking critical action at a time when it might have made a difference.

Rolling Stone Magazine last year published a scathing report by Eric Holthaus, that said the world may now be “past the point of no return. The things climate scientists have warned against are already beginning to happen . . . and faster than predicted.”
A complex pattern of events caused by a warming atmosphere and melting ice caps are slowing ocean circulation currents and “sending weather patterns into a frenzy,” one report said.

“Since storm systems and jet streams in the United States and Europe partially draw their energy from the difference in ocean temperatures, the implications of one patch of ocean cooling while the rest of the ocean warms is profound. Storms will get stronger and sea-level rise will accelerate,” the report published on Kottke.org warned.

Hawking foresaw a situation where once the heating of our planet reached a “runaway” state, the ice was gone and the atmosphere so thick with carbon dioxide and methane gases that natural elements and seasonal changes no longer corrected this problem, planet temperatures could climb to levels as high as Venus . . . reaching levels of 600 degrees Fahrenheit or higher.

Indeed, the US National Oceanographic and Atmospheric Administration now says the amount of carbon dioxide in the atmosphere has hit 400 parts per million, a dangerous point where the level cannot be repaired by natural forces.

James Butler, spokesman for the administration, says two world measuring stations reported that dangerous 400 ppm level this spring. “We’re going into very new territory,” Butler said. He warned that once the reading gets that high, global concentrations of carbon dioxide will never again dip below it.

In other words, we are on the verge of reaching the point of no return, if we haven’t already reached it.