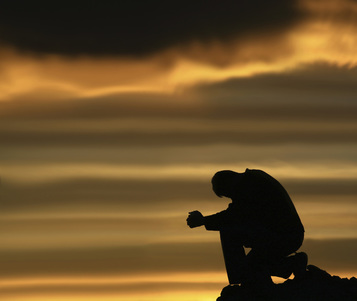 The Dark Site of the Biblical Belief System

As a former Bible student and religion editor for a major Michigan newspaper I am in a position to be a critic with a deep understanding of the minds of both Christian and Jewish followers, and why this book is so dangerous in these decisive times.

While the Jews follow the Torah, or a portion of the Old Testament allegedly penned by Moses and known as the books of law, the Christians have adopted these books with a full package of ancient Old Testament books plus a New Testament record of the alleged life, works and teachings of Jesus. All of the books in the contemporary Bible were chosen by a cannon of bishops from all over the Roman world that assembled at Nicaea in the year 325. They chose from thousands of writings in Hebrew, Greek and Latin texts that assembled the story portrayed by Paul. Yet Paul never followed the true teachings of Jesus. Instead he created the cult of Pauline, an anti-Christian movement which established headquarters in Rome and evolved itself onto the cult of Christianity.

The original “Catholic Bible” has been revised and rewritten many times. A major “re-write” was conducted under King James for the Church of England. This work was begun in 1604 and completed in 1611.

Volumes have been written about the conflicting Bible stories and pointing to the problem concerning an alleged “God of love” that has no problem slaughtering millions of people on behalf of His “chosen people” or flooding the entire Earth after determining the wickedness of mankind in general. When we look over the goings-on throughout the world today we wonder why God hasn’t pulled off another mass slaughter of Biblical proportions. Or perhaps he still might, if He cares at all.

What we see in studying the history of the human race . . . from about the time Christianity came into being until today . . . is that Christians have been quick to judge and as quick as the Old Testament God was to slaughter anyone that gets in their way. They also are judged if they defy the Christian imposed “laws” for correct living.

Christianity has influenced the laws of the land in so many cases. Thus the natural acts of sexual union for any other reason that the creation of children by married couples are considered evil and punishable by death. Children who rebel against parental or government authority are committing sinful acts punishable by death. People who possess psychic abilities; who correctly foretell future events or have an ability to heal are considered witches and must be stoned to death. The list of reasons for killing our neighbors goes on and on.

Christians have been guilty of terrible crimes against humanity. They conducted the crusades against the Muslims, slaughtered the Aztecs in South America, mass murdered Native American tribes in North America and are still conducting wars all over the world, always believing that “God” is on their side.

The Christians have destroyed the Earth’s natural environment, happily believing that our dying planet will trigger a return of Jesus who will then lead his "saints" in a final Battle of Armageddon. After that God miraculously builds us a "new Heaven and a new Earth" and we all will live happily ever after.

It is a wild fairy tale that anyone in their right mind cannot believe. But millions of Christians do believe it. And because they believe it, they are not worried that the world’s oceans are dying, the planet is heating, that crops are dying and that the good potable water is disappearing. They expect their savior to drop down and fix everything at the twinkling of an eye.

Because the United States is a predominately Christian nation, or the people in Washington think it is, nothing is being done here to lead a world campaign to save our planet. And when the most powerful nation on Earth isn’t lifting a finger to help, it seems hopeless to believe the rest of the world can get the job done on its own.

This is why the Biblical belief system is deemed so dark. It is proclaiming to be a word of God while leading us all into hell.