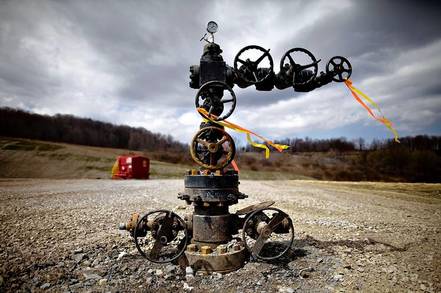 Because of Christian involvement in the ancient pagan rites of spring, Easter is, for me, a dark time of the year. Yet there is one Easter Sunday that I recall with vivid fondness.

It might have been the day that I separated myself from the shadow of my mother's apron and became a man.

I was recovering from a severe head injury from a traffic accident and was taking a year off from college. While physically able, the healing was going on in the brain, and that did not require rest and convalescence. During my hospitalization I met a man who owned and operated an oil well servicing company and he offered me a job. I took it.

The job was hard and dirty. It involved opening oil wells and servicing them when something went wrong. I was assigned to work with a man named Ted Case on a special rig that visited wells regularly to clean paraffin, a waxy substance from hot crude oil that collected on the insides of well casings as the mixture made its way up the pipe. Without routine cleaning, the stuff would eventually plug a well.

I was new on the job, tired from long days of hard ourdoor work in cold early spring days. Every muscle in my body hurt. I was looking forward to the respite of Easter Sunday.

Saturday night as we rolled up to the dog house with our rig, the boss met us with the news that he had an emergency job on a well about a hundred miles to our north. He assigned our truck to the task the next morning . . . Easter Sunday.

I rebelled. I informed Ted I would not work that day, that my family was gathering and I had commitments. He said he understood and would do it alone.

I discovered that I had a conscience, however. Ted was married and the father of small children. When I went to my place in a local rooming house that night, I started thinking about him going out on that job alone. It is possible to work a paraffin rig by yourself. I later had a situation where I was forced to do it. But I knew that my absence would make the job a lot harder and dangerous for Ted. And I thought that if he was going to give up his holiday to work, I should too.

The next morning when Ted showed up at the dog house, I was there waiting for him. He met me with a big wide grin and handed me a chocolate Easter rabbit. "I thought you would come," he said.

Suddenly there was a warm camaraderie in that truck. My sacrifice that morning to accompany a man I hardly knew bonded us in a friendship that lasted throughout my time on that job.

There is much more to this story.

It turned out to be one of the most dismal jobs we could have had. The day was dark and rainy. It was almost cold enough to snow, but it just rained. The well site was located in a large field of recently turned clay that turned to slippery mud. We had to have our truck pulled into the site by a large Caterpillar Tractor.

Once set up, we shut down the well head, installed our tall steel stack, and I shimmied to the top to drop the heavy weight with brushes on the end. We called it a sinker. The top end of the sinker was attached to a thin wire cable that passed through a thick rubber gasket attached at the top of the stack. The wire passed over a pulley system to the back of our truck.

Once installed, we opened the well head and dropped the sinker into the pipe. Then, taking turns, wearing heavy gloves, we pulled on the wire to raise the brush, then drop it. We took turns doing this over and over again until we worked our way down through the thick layers of paraffin. Once getting a thin brush through the paraffin, we worked a winder one through.

Cleaning paraffin is dirty work. The well, under constant pressure from natural gasses, continued to flow as we worked. The rubber gasket at the top of our stack kept it from blowing free, but there was a constant rain of crude oil all around us. Our clothes, hair and faces were soaked in it.

This well had not been serviced in a long time and it was going to be a long, slow, tedious job. We spudded all that morning, dropping only a few feet into the goo. Some of the wells went thousands of feet into the earth, and the paraffin was always thickest near the top hundred feet or so. We knew that eventually we would break through. It was just taking a long time.

Noon came. Instead of being done and on our way home as we had hoped, we went to the cab of the truck to munch our Easter dinner. It consisted of a cold sandwich and we were going to split the chocolate Easter bunny. Even though we wore rain parkas, our clothes were wet. We were cold and thankful for a chance to get out of the elements.

When Ted started the engine to warm the cab, something happened. There was a loud backfire, and suddenly smoke began pouring out from under the hood. It was on fire!

Here we were, backed up to a spitting, spewing oil well, with a thin cloud of crude oil flying in the air all around us, and attached by a wire to a burning truck in a rainstorm. We were within seconds of having a serious oil well fire, the kind that blazed for weeks.

I remembered that we had a fire extinguisher attached to the passenger's side of the truck. We both jumped out , Ted went to the hood and I grabbed the fire extinguisher. I recall bringing it to Ted, and he put out the fire.

Afterward, Ted asked me how I got the extinguisher off the truck. I said I just took it. I didn't remember how.

That was when he informed me that to prevent theft, the fire extinguishers were all attached to the trucks by thick iron bars with locks on them. He was about to come around to unlock the device when I arrived with the extinguisher in hand. It turned out that in my excitement, I broke the iron bar with my bare hands.

I later tried to remove those fire extinguishers and found that I could not budge them. And in those days, after months of working in the oil field, I was getting quite powerful. The day I pulled that feat, I was still a college kid who had been on the job no more than two weeks.