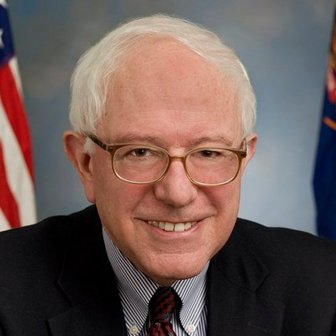 Sanders Is Under Media Attack

We notice several columnists for major news outlets now predicting that Bernie Sanders has little chance of gaining the Democratic Party nomination for a presidential run in 2016. The general consensus is that Sanders lacks the financial support and the popular charisma to knock Hillary Clinton off her high horse in the months to come.

Don’t be fooled by the big corporate trickery. The fact that the stories are appearing in print at this time means that the big boys who pull the strings in Washington are beginning to worry about Sanders.

They should worry. Sanders is telling it like it is. He is refusing to take big cash handouts from the bankers and money lenders in the temple. Instead he is getting backing from unions and labor organizations representing the hard working people that see Bernie as their best chance of having their voices heard.

Sanders is growing in popularity because he is saying things that make sense. He says our tax dollars are being foolishly spent on a military industrial complex that is no longer needed, on fighting manufactured enemies, and on bailing out big corporations that are already sucking up most of the nation’s wealth. Instead of tax cuts for the rich, Sanders wants to raise their taxes and use the money to provide free college education for deserving students, to build the nation’s crumbling infrastructure and consequently provide good jobs for the struggling middle class, and provide quality health care for all Americans.

Bernie is running as a Democratic Party candidate although he is a well-known Independent Party Senator from Vermont. He is a popular candidate in Vermont because the people there are already enjoying a lot of the socialistic styled benefits Sanders wants to provide for all Americans.

Here is the Sanders platform as it appears on his website:

--Reverse climate change. This means turning away from carbon fuels and utilizing renewable green energy sources where ever possible.

--Create worker cooperatives. Instead of shipping jobs overseas we give workers a partnership in businesses, thus creating worker incentive.

--Encourage regrowth of the trade unions.

--Increase the minimum wage to a level where people can afford to pay the cost of rent, food, clothes and other basic needs.

--Make college affordable for everybody.

--Break up the giant monopolies and create an environment that allows small business to compete. Legislate controls on how Wall Street uses investors money.

--Health Care as a right for all.

--Protecting the most vulnerable Americans; the elderly, the sick and the handicapped war veterans.

How can working Americans not like the Sanders campaign plan? This is why so many people are sending in donations of $5, 20 and $100 to support his war chest. But they are battling against big money interests that are feeding the Clinton and GOP campaigns.

Don’t be fooled by the paid advertising. Don’t be discouraged by the corporate news stories. Sanders is going into this campaign like a steam roller. If he and a few legislators that think like he does get in office next year, there just might be hope for the future of this nation after all.

As we learned during the Obama years, a presidential candidate can make great sounding promises. But he or she can’t accomplish those goals if the legislators choose to balk at every move.