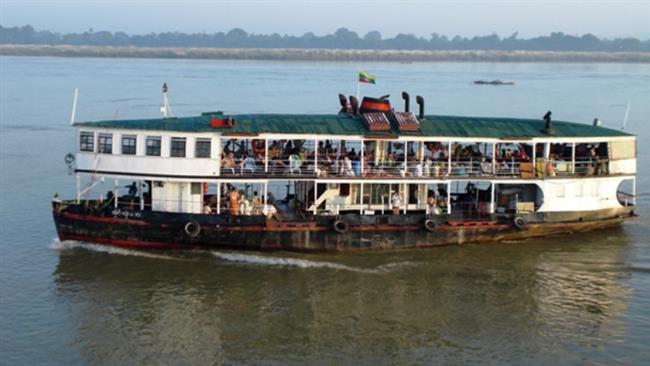 The crowded 19-year-old two-deck ferry Aung Tagun-3 capsized in a storm off the coast of Myanmar, formerly the nation of Burma on Friday, March 13, 2015, leaving more than 60 passengers dead, authorities said.

Because the vessel was packed with over 200 people, many of their names not on the ship’s manifest, the exact death toll may never be known. More bodies may be found before the investigation is completed.

The ferry left the port of Taunggok with about 129 tons of cargo and its decks crowded with passengers in the evening, bound north for Sittwe. When about 50 miles into the voyage the vessel was struck by heavy rains and rough weather that capsized and then sank it off the town of Myebon, officials said.

Intense rescue operations succeeded in saving 169 passengers but an unknown number of people perished. Bodies were being recovered for days after the disaster. The wreck lies in about 90 feet of water.

A state newspaper, The Global New Light of Mayanmar, later reported that the Ministry of Transport department of the government would investigate the condition of all of the government-owned ferries with special attention given to the remaining eight ships in the Arakan fleet.

"Those ferries were bought from China from 1996 and 1997 and have been running since then," one official said. He said the vessels are old and rusting from the years of operating in sea water. He suggested that new ships may be replacing the old ferry fleet rather than patching up the old ones.

The nation of Myanmar has an uninterrupted coastline that runs for 1,200 miles along the Bay of Bengal and the Andaman Sea. Because of poor roads and rough terrain people utilize the ferry service that operates between the cities along that coast. Ferry disasters have been more and more common in recent years.
​
Myanmar is a sovereign state in Southeast Asia bordered by Bangladesh, India, China, Laos and Thailand. It has a population of over 51 million people.