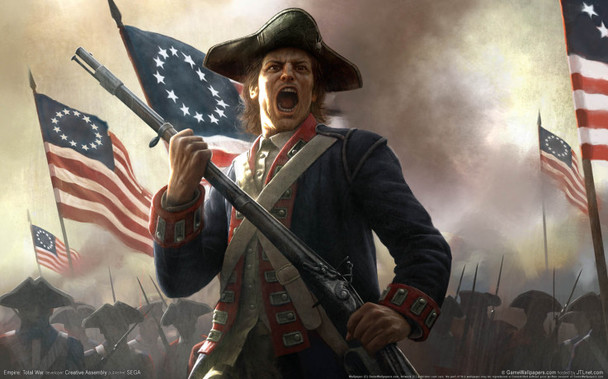 Is It Time For Another American Revolution?

As American’s enter another celebration of Independence Day there seems to be a shallow understanding of just why the day is marked as a special holiday.

Yes, we all know that July 4, 1776 marked the day the New England colonies signed the Declaration of Independence, thus declaring the 13 colonies independent from British rule. What few people know is that the Revolutionary War, which lasted from 1775 to 1783, started with British troops attempting to get the 13 American Colonies in line, but ended up expanding to a world war between Britain and not only the new United States but France, the Netherlands and Spain.

Among the sparks that ignited the war was the Boston Tea Party event on the night of December 16, 1773, when a rebel group known as the Sons of Liberty in protest of a tax policy imposed against the colonies by the British Government and the then powerful East India Trading Company, boarded three British ships in Boston harbor and tossed their cargo of mostly tea overboard.

In what American historians must consider an insult to supporters of that brave and historic event, an ultra-conservative protest group operating since 2009 has been calling itself the Tea Party Movement. The group is promoting strict adherence to the Constitution, reducing U. S. government spending and taxes, reducing the national debt and the federal deficit. While the objectives sound good, the supporters elected to Congressional seats have succeeded in blocking efforts by the Obama Administration to rebuild a foundering national economy, launch the reconstruction of an outdated and failing infrastructure and create badly needed jobs for the unemployed masses.

Instead of doing what is best for the American people, the Conservative Republicans, influenced by the Tea Party members, oppose raising taxes on the big corporations and wealthy Americans, and support pouring federal dollars into military hardware. Not only are the corporations being allowed to escape taxation, in spite of large yearly profits, they are being supported by big government subsidies at taxpayer expense.

It is common knowledge that our state and federal elected leaders are receiving large financial support from these same corporations during election campaigns. Lobbyists also flutter through the halls of Congress with lots of cash to pass into the pockets of those same elected officials. It seems as if the rule is: "the people be damned….protect our jobs and all of the benefits that come along with them."

Because our schools no longer place an emphasis on American history, few people know that the Boston Tea Party rebellion was a public protest against this same kind of corruption occurring in England in the years preceding the revolution.

Historian Thom Hartmann, in his book "Unequal Protection," notes that the action in Boston harbor was "a revolt against unfair trade and tax policies the Empire had bestowed upon the British East India Trading Company. The East India Company had strong links to Parliament, which kept lawmakers in its pockets."

Does this sound familiar? Indeed, it was trade dominance by the East India Company that aroused the passions of the Sons of Liberty and brought about the raid on the ships anchored in Boston harbor. That year, virtually all members of the British parliament were stockholders in the East India Company, many had made personal fortunes through this investment, and the company was pouring generous amounts of money into election campaigns, according to Hartmann.

Have we not allowed the nation to founder into the same old game of corruption that leads to the wealth of a few at the expense of the working masses?

This is why, after the revolution and the formation of the United States as a sovereign nation, most of the states had laws on the books declaring any political contributions by a corporation a criminal offense. Corporations were given lifespans of 20 to 30 years, thus stripping them of any chance to gain political power.

These laws have been eroding over the years. When the Supreme Court gave corporations personhood and "free speech" rights in the Citizens United ruling of 2010, it broke down all of the blocks preventing corporate controls of the nation.

This erosion has been slowly going on almost since the beginning. Abraham Lincoln expressed concern when he said: "The money powers prey upon the nation in times of peace and conspire against it in times of adversity. It is more despotic than a monarchy, more insolent than autocracy, and more selfish than bureaucracy. It denounces as public enemies, all who question its methods or throw light upon its crimes.

"I have two great enemies, the Southern Army in front of me and the Bankers in the rear. Of the two, the one at my rear is my greatest foe . . . corporations have been enthroned and an era of corruption in high places will follow, and the money powers of the country will endeavor to prolong its reign by working upon the prejudices of the people until the wealth is aggregated in the hands of a few, and the Republic is destroyed."
​
If Lincoln saw it coming, why didn’t the others? We suspect they were willing to just let it happen.