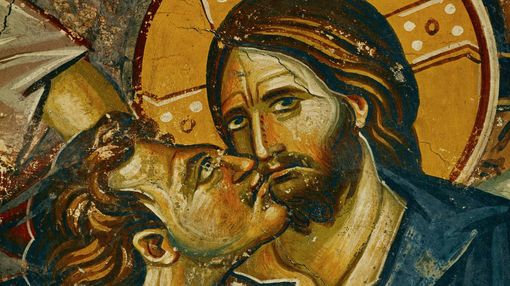 Judas Was Wrongly Vilified By Christians

The discovery of the Gospel of Judas by looters in an Egyptian cave in 1947 unearthed a whole new version of the story of Jesus that the Roman Catholic Church never wanted the world to see. In fact, there is evidence that the church attempted to destroy this and other writings that gave a more correct version of the Jesus story at the time the books of the Bible were being chosen.

The book, written by Thomas, the twin brother of Jesus who also bore the name Judas, identifies Judas Iscariot as a close and trusted friend of Jesus, who identified Jesus to Roman authorities when he was asked to do so by Jesus. He never betrayed Jesus, according to the text, although Jesus warned that he would be accused of doing so.

The Christians not only got the Judas story wrong, they misidentified Jesus as a god, when he was not that at all, according to text in this newly discovered gospel. Thomas quoted Jesus as saying that he was a light, or messenger. Rather than promising a "kingdom" in an afterlife, Jesus taught that "the Kingdom of the Father is spread out upon the earth, but men do not see it."
​
The text continues: "His disciples said to him, 'Show us this place where you are, since it is necessary for us to seek it." He said to them, 'Whoever has ears, let him hear. There is a light within a man of light, and he lights up the whole world. If he does not shine, he is darkness."

Text like this can be interpreted in various ways. If Jesus was a light bearer, it means that he was filled with the spirit of something that made his aura bright. We believe this was an angel rather than a reference to the creator putting Himself within a human body.

The text also seems to refer to the light that exists within every human. Jesus thus is warning that if we allow this light within ourselves to shine, it will have an effect on all around us. But if we fail to let that light shine, we become darkness. It may well be a reference to the death of the soul.

Reading the Gospel of Judas reveals yet another startling revelation. Jesus was not happy about the spiritual condition of the human race when he was here, and he failed to change a thing in spite of his dynamic ministry that led to his murder.

The text reads: "Jesus told them, "I took my place in the midst of the world, and I appeared to them in the flesh. I found all of them intoxicated, I found none of them thirsty. And my soul became afflicted for the sons of men, because they are blind in their ears and do not have sight, for empty they came into the world, and empty they seek to leave the world. But for the moment they are intoxicated."

Jesus expressed optimism that there would be repentance and that those "sons of man" would eventually wake up, but instead of this, they murdered Jesus and continued on their blind way of life. Instead of seeking the light within, as Jesus taught, they turned him into a god and established a cult that became Christianity.

Something else that is considered very important to the Christian doctrine also is missing from the Gospel of Judah. There is no mention of Jesus' crucifixion and resurrection. That may be because it never happened, and Thomas wrote an honest record of what occurred. This was probably one of the primary reasons the book was excluded from the canon that eventually became the New Testament.

The vilification of Judas, the disciple who allegedly betrayed Jesus by turning him over to the Roman soldiers, has been embedded in the finalized New Testament story for some 2,000 years. The revelation that the alleged crucifixion never happened, and that Jesus was, in fact, a political murder by both Roman and Jewish leaders, also forces us to consider that the Judas story also is a total fabrication.

To this day, the name Judas has portrayed evil. We dare to say that no child has been given this name even though it was a popular name for men at the time Jesus lived.

Yet within the Roman Catholic church, some priests and Bible scholars are beginning to defend Judas, proclaiming that he was a victim of a theological libel that helped create Antisemitism. Because Judas was a Jew, and a "sinister villain" willing to betray his best friend for money, he represented the conscience of the Jewish nation.

The move to clear his name may have emerged with the revealing of the Gospel of Judas. Even though the book was not written by Judas, it reflects the belief among early Christians that betraying Jesus was a fulfillment of a "divine mission." They argue that if not for Judas, Jesus may never have been arrested and killed, thus his resurrection and the promised "salvation" of believers would not have been fulfilled.

The total vilification of Judas also creates a problem within church theology. Christians believe that no matter how dark their deeds, their trust and belief in Jesus as a "personal savior" buys them a ticket to Heaven in the end. Even mass killers like John Wayne Gacy and Jeffrey Dahmer believed they were headed straight to the pearly gates, in spite of their crimes, because they were "born-again" Bible believing Christians.

If Gacy and Dahmer could claim a way into Heaven, surely Judas also should be salvageable, the church must argue.

Of course, we examine the story of Judas from a perspective totally outside the realm of creative fiction. If the man even lived, and served as a disciple of Jesus, we believe that the report of his betrayal is as wrong as the rest of the story. That the story even exists may, indeed, have been an attempt by the early church to create world-wide anti-Semitic emotions.
​
If that was the purpose, it has worked well for way too long.