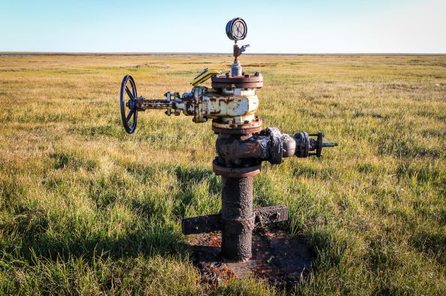 The grand quest for energy is coming back to bite us all in the rear. In addition to the discovery of leaking toxins at our aging nuclear power plants we also are discovering that our old oil and gas wells, many of them capped and long forgotten, are rusting and leaking some very dangerous gasses.

We were aware of methane leaks breaking free from under the melting ice caps, but it wasn’t until the big gas leak at the Aliso Canyon gas storage tanks in Southern California that we learned how deadly that stuff can be.

Officials estimate that about 100,000 tons of methane gas spewed out of the Aliso Canyon leak and into the atmosphere before it was plugged. A nearby school was closed and people were evacuated from their homes to avoid the wrath of that invisible, odorless but ultra toxic gas.

It was discovered that while methane gas is hard to detect, it can make people very sick and even kill them if they don’t realize they are breathing it. Methane also is highly flammable. And when mixed with the atmosphere, it is worse than carbon dioxide when it comes to trapping heat. Thus it has become another major factor behind the issue of our heating planet.

News reporters discovered that they could show the amount of leaking methane by using infrared cameras. Since the California leak, researchers have been scanning the country, looking at old abandoned well heads. And you guessed it; they have made an alarming discovery. Many of those old “capped” wells also are leaking methane!

A study of some 8,000 sites has revealed hundreds of methane leaks, some in isolated well sites and others in large storage facilities, according to a report just published by the Environmental Defense Fund (EDF).
​
The report states that U.S. oil and gas companies and drilling companies accidentally lose over nine million metric tons of methane in the atmosphere each year. Many of these leaks are coming from old abandoned wells long thought to have been properly capped and sealed.

Methane appears in natural gas, which burns clean when used for home heating. But when it gets away into the atmosphere it packs 84 times more warming power than carbon dioxide, according to the EDF. The organization calculates that reducing global methane emissions by 45 percent could have the same effect as shutting down a thousand coal-fired power plants.

Methane is so highly combustible that mixtures between five and 15 percent methane in air can be explosive. If it collects in enclosed areas it can kill. Methane doesn’t appear to have a long-term health effect but when people are breathing it they suffer headaches, nausea, dizziness and then go unconscious. If not moved to clear air in time the victim can die of suffocation.

When we have gas leaks in our homes we know it because gas companies add sulfur compounds to the methane. The stuff smells like rotten eggs and we all know that odor.
Now that methane leaks are being discovered, the question is: Who is responsible for fixing this problem? Some of the drilling companies that produced and then capped the old wells may be long out of business. Many old wells produced gas without oil and were never put into production.

Will the oil and gas companies that financed the work now own up to fixing the leaks? And once the old wells are capped, what is to prevent them from leaking again at some distant time in the future. The old steel pipes are still in the ground and rusting.