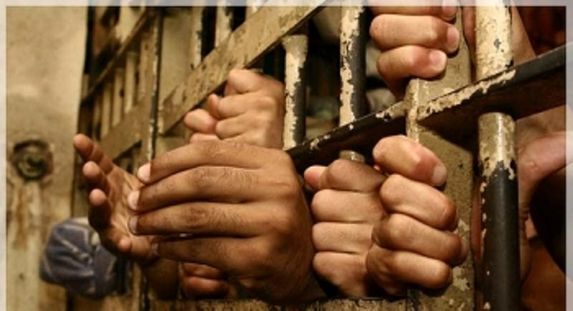 The last lines in the National Anthem proclaims the United States to be “the land of the free . . .” Folks that stand up at sports and other public events and proudly sing these words may be shocked to know that the statement is not true.

Largely because of the nation’s failed drug war and national “get tough on crime” policies initiated into state and federal law in the 1980s, there are more Americans currently under incarceration per capita in the U. S. than in any other nation in the world. Long prison sentences for nonviolent drug offenders are shown to be the single greatest multiplying factor behind the problem of prison overcrowding.

The other ugly side of this coin is that the operation of the nation’s drug war, expanding police and court systems to accommodate it, and the resulting overcrowding of our jails and prisons have become a big business empire that quietly sucks at state, local and federal coffers, and plays a major role in raising the national debt.

As of 2016, there were 2.3 million Americans being held in our municipal and county jails and state and federal prisons. This calculates that one out of every 136 persons in the nation were either behind bars or being monitored in that year alone. Even more Americans were enduring some form of correctional control such as parole or probation.

Statistics released by the Washington State Institute of Public Policy show that running the nation’s criminal justice budget cost individual taxpayers about $200 in 1975. By 2000 the cost rose to $1,200.

Statistics show that an estimated one million jail inmates are being held on petty, nonviolent offenses . . . mostly for marijuana possession or marijuana sales. Other narcotic possession and distribution offenses, including drunken driving are included in the count.

Yet another sad statistic: the money being spent for construction and operation of jails and prisons of public buildings in the United States totaled $68,747,203 in 2006. By comparison, about $100 billion was spent on education.

Jail overcrowding has been a major problem all over the United States. Recently many states have begun adopting lighter crime laws that no longer force courts to order long jail and prison terms for such offenses as drunk driving and narcotics possession.

This problem has become so critical that many states and counties have turned to private contractors to provide and operate detention facilities. Thus big business interests have become involved in running America’s prisons.

The Federal Bureau of Prisons and the States of Texas, Florida, Oklahoma, Louisiana, Tennessee, California, Mississippi, Colorado and the District of Columbia are the primary contractors for privately operated prisons.

In spite of the nation’s current economic crisis, with so many people out of work and many even left homeless and in the streets, the big business of operating the nation’s lock-ups and incarcerating citizens for everything from parking violations to narcotics trafficking is not missing a beat. It appears that the fines and court costs are on the rise as governments struggle to find new sources of revenue.

How are unemployed or people on part-time, low-income jobs supposed to deal with $200 traffic tickets and $50 parking fines when they don’t have enough revenue to pay the rent or feed their families? Even more ominous; many state and county jail systems are charging inmates “user fees” or room and board for the time they are forced to serve. Because of the stigma attached to serving jail time, many former inmates cannot find employment after they are released and cannot pay these additional charges. The path for them is often additional time spent behind bars. They become caught in a malicious circle.

The operations of our prisons has become a multi-billion dollar industry that feeds on a police and court system geared to handle the national war on drugs. Special police units appear to still be financed by state and federal tax dollars to stage narcotics raids, cut down acres of growing marijuana plants, and bring handcuffed offenders before judges who routinely send them off to serve time in our already overcrowded jails.

If our legislators are serious about balancing our federal budget and reducing the nation’s multi-trillion dollar deficit, a good place to start would be shutting down the War on Drugs, releasing all of the people serving time for marijuana or other non-dangerous drug related offenses, and allowing local judges to be more discretionary in sentencing.

We also can shut down all of the special drug task force offices, close down the jails and prisons no longer needed, and accomplish some serious budget trimming to relieve all levels of government and especially the waste occurring in Washington.