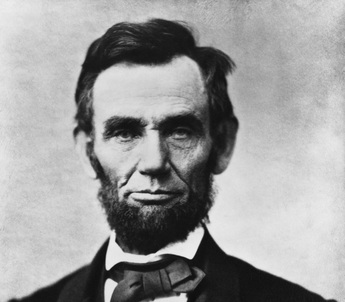 When I was attending the public school, there was a lot of talk about Communist propaganda and how the people living in places like Russia and China were brainwashed by false historical records.

I never dreamed that it also was happening in my own country and my own classroom.

Our school textbooks were (and probably still are) laced with American mythology. I remember seeing a picture of George Washington chopping down a cherry tree and confessing his crime when I was in about the first grade. In the second grade we put on a classroom play depicting the early colonists enjoying a turkey dinner with Indians at Thanksgiving. And we believed Columbus discovered America and Abraham Lincoln freed the slaves.

It was all part of the brainwashing of American children. The stories were taught to us as if they were real history. Nothing about the stories is true, except that Lincoln’s Emancipation Proclamation, declaring war on the Southern States over the issue of slavery, indirectly brought about the Thirteenth Constitutional Amendment prohibiting slavery.

That was never Lincoln’s intention.

From public records and copies of Lincoln’s speeches, it is clear that he was a believer in white supremacy and that he never intended to prohibit slavery. But the issue of state’s rights to allow or prohibit slavery became such a heated issue, Lincoln was forced to use it as a reason behind the war against the rebel states that were attempting to succeed from the Union.

Lincoln, who supported the Rothchild concept of a one-world government, wanted to preserve the Union. Thus the United States was thrust into a civil war.

The proclamation, issued on Jan. 1, 1863, was misleading. It declared freedom for all slaves in the rebel states that had already separated from the Union. It did not apply to slaves in the states fighting on the Union side. Thus the document was drafted for political reasons . . . to make Americans and people around the world think that the war was being fought to end slavery.

In reality, the president’s declaration didn’t free a single slave. Nor did Lincoln wish to free a slave.

The proof behind Lincoln’s feelings about this matter are revealed in a letter he wrote to Horace Greeley on Aug. 22, 1862. He said: “My paramount object in this struggle is to save the Union, and it is not either to save or destroy slavery. If I could save the Union without freeing any slave, I would do it.”

In his famous 1868 debate with Stephen A. Douglas, Lincoln said: “I, as well as Judge Douglas, am in favor of the race to which I belong having the superior position.” He also said: “Free them (the blacks) and make them politically and socially our equals? My own feelings will not admit of this. We cannot, then, make them equals.”

Also that same year, in a speech in Springfield, Ill., Lincoln said: “What I would most desire would be the separation of the white and black races.”

Lincoln once told Congress that he strongly favored colonization. This meant that he wanted to ship all black people to Africa, Central America and other parts of the world that did not include the United States.

There were some other actions by Lincoln that should have had constitutionalists alarmed. Instead of honoring the Constitution, he tended to violate its doctrine. In fact, historians who have studied Lincoln tend to brand the man as a dictator.

That America was at war with itself may have helped him get away with breaking the rules and use force of arms to maintain the Union. There are a lot of similarities between Lincoln’s actions during the Civil War years, and President George W. Bush’s declaration of our current and apparent unending war against terror.

Historian James G. Randall, in his book Constitutional Problems Under Lincoln, notes that Lincoln suspended the writ of habeas corpus when he had the military arrest thousands of Northern political opponents, including dozens of newspaper editors. He closed down about 300 newspapers and censored all telegraph communication.

In addition to that, there is evidence that elections in the northern states were rigged. Anti-Lincoln voters were intimidated by federal soldiers. West Virginia was unconstitutionally divided from Virginia.

Other ugly events of the day; draft protestors were literally gunned down in the street by federal troops. Citizens were ordered to surrender their guns. Private property was seized, all in violation of the Constitution.

All of this happened during his years in office, yet Lincoln, one of our martyred presidents, has gone down in history as one of our greatest American leaders. How could this have happened?

I believe it is because Lincoln was not afraid to do what was necessary to reunite a divided nation, even if it meant breaking the rules and using military force. That he was assassinated at the conclusion of the war helped cement his name as part of the American myth.

That Lincoln forced the end of strong state governments, unified by choice, and established the concept of a strong central government, changed the framework of the United States forever. He literally took away a state’s right to separate from the Union at will.

Not everybody sees this as a bad thing. Had I been in Lincoln’s shoes at that time, I might have chosen to follow a very similar path. He didn’t have many options.

If the Confederate Army had won that war, some historians believe the American image of Lincoln would be much different today. He and many of his top military generals would have been tried and probably hung in the town square as war criminals.