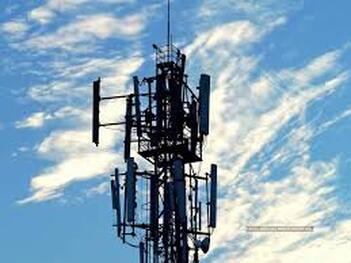 What happened in Karachi, Pakistan, before the bloods and the airline crash, had all of the trappings of a great Hollywood horror film. In this case, however, the people believed they are really being assaulted by a dark force from . . . of all places . . . beyond their cell phones.
​﻿﻿﻿
An on-line report by Bilal Farooqi told how a mobile phone tower, constructed at a local graveyard, was identified as the link between the "dead" and the living in that city located in Southern Pakistan along the Adriatic Sea.

The story, believed to have originated in nearby Sialkot, is that people get calls on their mobile phones. As they reach to answer a red-cloaked apparition of what appears to be a woman is seen on the display screen. Those who answer have something terrible happen to them. They either die, their central nervous system is assaulted, men go impotent and women claim to become strangely pregnant. The stories suggest that the construction of the phone tower at the graveyard somehow angered the spirits so they wreak havoc among anyone using a cell phone that receives signals through that tower.

While no one has shown proof that the stories are true, the rumors have spread a wave of fear among cell phone users in Karachi and there has been a drop in the number of people receiving calls.

Some say they suspect it is just another urban legend but just in case, they are not taking calls from numbers they don't know. That the story is hurting business is shown by the fact that mobile phone companies have been issuing "clarifications" to counter the panic among customers. And random messages have been sweeping the area. Some believe they are being made by pranksters who are feeding the rumors and making calls for "kicks."