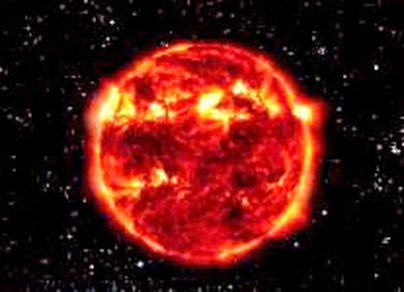 It has been said that plutonium is an almost useless waste product produced by operating nuclear power systems. It has been found useful for only one thing . . . the production of nuclear bombs.

Conventional efforts to use this deadly heavy metal as a friendly energy source have apparently proved unsuccessful. Consequently, as an estimated 438 nuclear reactors are in operation around the world, the stockpile of plutonium is building. The stuff is so hot with radiation it has to be especially stored in dry lead containers and cooled to keep it from burning. If exposed to moisture it will ignite at room temperature and burn at over 1000 degrees Fahrenheit.

So why is the U.S. Department of Energy allowing the shipment of plutonium waste to a nuke facility on the Savannah River in South Carolina?

The Savannah River Site has been in existence since the 1950's. It sits on a 310-square-mile tract of land in Aiken, Allendale and Barnwell Counties, was originally designed to refine nuclear materials for building nuclear weapons. In recent years the facility's purpose has been expanded to involve the cleanup of nuclear waste. There are about 10,000 people employed there. Recent data written about it only say that new projects are being developed.

If shiploads of the world's plutonium are coming to South Carolina, it suggests that something rather big may be in the works. With 438 operating nuclear reactors in the world, and an estimated 2,000 metric tons of plutonium in existence, there is potential for a very big stockpile of this deadly heavy metal.

One obvious objective is to get some means of control on world nuclear weaponry . . . providing the other nations of the world have agreed to trust the United States. (Questionable because in recent years we have shown ourselves to be perhaps the most destructive terrorist ever.) So what could possibly be going on?

Here is a far-out theory that may have some merit. Consider the "Lucifer Project," a plan to generate a new energy source for the entire world by creating a second sun.

Remember the 1990's when NASA began launching space probes powered by nuclear fusion to explore the planets in our solar system? There was controversy when these probes were first launched. They were filled with plutonium-238 pellets designed to power the probes for years. They bore names like Galileo, Cassini, and Voyager. Critics worried that failed launches might cause nuclear devastation on Earth, but that did not happen. The probes were successfully launched and they performed beautifully.

Then in 2003, NASA deliberately crashed Galileo into Jupiter, believed to be a "gas giant" filled with highly combustible hydrogen and helium. Critics believed such an act would set Jupiter afire, thus creating a second sun in our solar system. This did not happen, mostly because there is no oxygen on Jupiter, and researchers say it would take a much larger blast of nuclear fuel to trigger a fire that would consume the planet.

But what if . . . what if the Galileo event was a test? What if world astronomers and NASA researchers are actually considering a way of creating a second sun by sending a massive amount of plutonium into Saturn, a gas giant smaller than Jupiter and also containing hydrogen and helium in liquid form?

Would it be possible to crash enough plutonium into Saturn to trigger a thermonuclear reaction, thus birthing a second sun? With two suns burning in our solar system, it may be possible that Earth would no longer experience nighttime hours, thus allowing solar cells to work more efficiently.

The name Lucifer, despite its negative connotations from world religious belief systems, is a Latin word that means "light-bringing."

Science fiction author Arthur C. Clarke proposed the idea and even the name with his novel 2001: A Space Odyssey, which was followed up by 2010: Odyssey Two. In the second story the alien monolith was orbiting Jupiter and replicating itself to transform the gas giant into a second sun.

That was fiction. Scientists today may be taking the idea seriously.

So what about global warming? Wouldn't a second sun intensify that problem? If NASA researchers are thinking big enough to make dramatic changes like that in our solar system, we must trust them to have considered that problem.