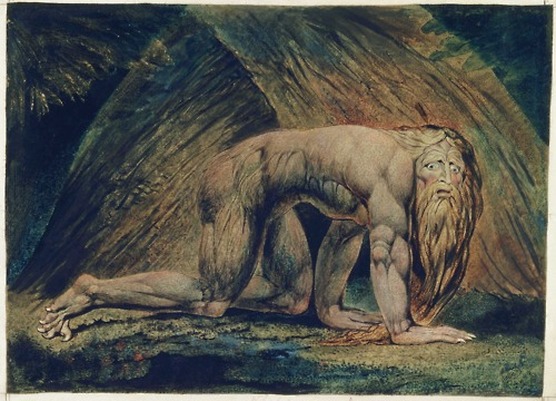 ​What Happened To The Longevity Of Methuselah?

It is well known, even among non-Bible scholars, that a mythological person in the Old Testament named Methuselah lived a record 969 years. If true, this would be the oldest recorded life span in the history of the human race.

But if the record in the fifth chapter of Genesis is accurate, and in keeping with contemporary time lines, Methuselah, the grandfather of Noah, was not the only one to live to very ripe and healthy old age.

Methuselah was the son of Enoch who allegedly “ascended into Heaven” when he was a youthful 69, so his longevity cannot be included. But his grandfather, Jared, remained on the planet for 962 years, which was nearly as good a record as that of Methuselah.

The recorded son of Methuselah, and the father of Noah, was Lamech, who lived 777 years. In fact all of the men in the table of generations, leading from Adam to Noah, lived very long lives. Adam was 930 when he died.

These apparently were healthy and virile years for humans. For example, Noah was about 500 years old when he fathered sons. He led his family through the flood when he was exactly 600. His life span after the flood was another 350 years, giving him a total time on Earth of 950 years.

After this something happened and life spans began to rapidly drop off. The text follows the blood line from Noah through Shem, who lived 100 years before the flood and another 600 years after this. Shem’s son, Arphaxad, lived 438 years. The grandson Salah lived 433 years. Eber, the great grandson lived 436 years. Peleg, the son of Eber, lived 239 years. Eber’s son, Reu, also lived 239 years. The next descendant, Serug, stayed around 230 years. Then came Nahor, who lived just 148 years.

As you can see, the longevity scale drops quickly with each passing generation. Because the genealogy story appears to have been written by the same author, and viewed from the same perspective we study it today, we can conclude that:

l. The ages of these people were based upon the solar year and four seasons just as we know it today, and

2. Something extraordinary occurred that caused people to live shorter and shorter life spans after the flood.

The problem we have is determining just what it was that changed the human race, making our bodies wear out faster than they did in the beginning.

Based on what we know, or think we know today about events at that time, contemporary science explores genetic, environmental and dietary differences.

Some Bible historians argue that there was an error in the translation of the text, and that lunar cycles were used instead of solar ones, thus making Methuselah only 72 when he died. But if we did this same math for Enoch, who parented a child at 65, the lunar cycle would translate to fatherhood at the tender age of about five years.

Also, as noted above, when following the genetic blood line, we find life records dropping off at shorter and shorter periods until they reach a length nearly comparable with contemporary longevity. According to the Guinness Record, the longest living contemporary human was Jeanne Calment, who reached 122 years. Other centurions have been known to stay around for up to 112 years. But these are rare cases and not the norm.

Another thought was that the lack of genetic diversity, forcing brothers and sisters to marry for a second consecutive time to restart the human race, damaged the DNA of the children, thus creating genetic weaknesses. This is assuming that there was a mass extinction and the survival of humanity was left hanging by such a narrow thread that a single family was all that survived.

Indeed, fossilized remains of creatures that once lived under the sea have been found on mountain tops, traces of great forests and river beds have been found under the Antarctic ice, and great stone structures obviously made by intelligent life long before our own recorded history have been found deep in the ocean.

There is evidence everywhere that humans, or at least some form of life, existed on this planet for a very long time. So if the Genesis story is a true record of a family genealogy, and the life spans of humans got drastically shorter within a few generations after Noah, there must have been a change in the environment that caused it.

Science also is unable to find proof in the geological record that the entire planet was completely flooded at the same time. Thus if there was a mass extinction, it was caused by other kinds of events such as a meteor strike, radical volcanism or possibly a planet polar shift.

Early occupants may have brought about their own demise. There also is evidence on Earth that atomic energy was both known and used.

Creationists propose that the environment change involved the loss of a vapor canopy that once provided a protective shield around the planet. After it collapsed more ultraviolet light from the sun invaded our world and our bodies, possibly speeding the aging process. Vapor canopy theorists argue that the canopy contained water, probably in the form of ice crystals that stabilized the weather and maintained a giant rain forest that existed throughout the planet.

If such a canopy existed, the first humans lived not only under its protective shield over head, but they lived in this forest. Thus they also were protected by the trees that not only shielded them from harmful ultra-violet solar rays, but provided a perfect environment with natural foods rich in all of the nutrients the human body needed to sustain a long and healthy life.

Once the canopy was gone, and humans began building cities and clearing land for farming, they suffered from accelerated aging because of increased direct exposure to the harmful rays of the sun.

Did such a canopy exist? If it did, the canopy certainly did not contain enough water to flood the planet when it collapsed. Many scientists doubt its existence at all.

Thus we seem to have carried this issue full circle, arriving where we started. If Methuselah existed and really lived 969 years, and the other members of his family enjoyed similar longevity, we cannot explain why it happened, or why that kind of long living suddenly stopped.