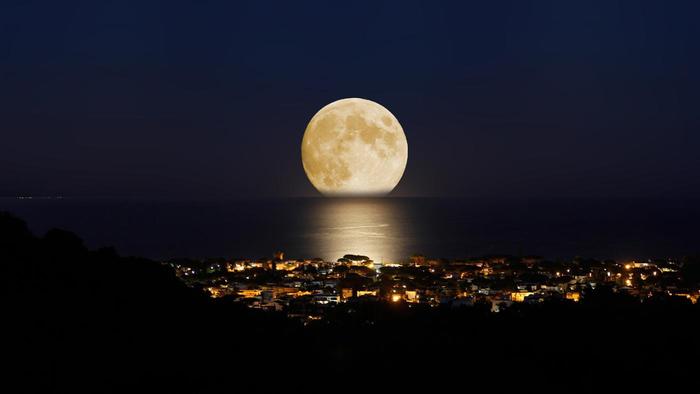 Our Godlike Production friend Jack Sprat has obviously been reading some of the conspiracy theory websites that are suggesting that strange things are occurring in the heavens. The theorists are out there and some of the stories are eerily disconcerting. They appear to have been written by people who have given the subject some degree of scientific observation and attempt to offer documentation to prove their points.

One writer said that he has noticed that the moon no longer rises and sets at its normal time and place in the sky. He said he has calculated that the moon is slowing its spin and beginning a fall toward earth. He predicts a collision with earth within months. He says, of course that the government knows about this but it keeping it a secret to prevent widespread panic.

The Planet X believers are saying that the problem is caused by this mystery traveler because it is now entering our solar system. The gravitational pull from Nibiru is causing the misalignment of our moon as it approaches us from its hiding place behind the sun. That is an altogether different theory supported by yet another complex formula of equations and claims of government secrecy.

Actually the Moon is changing its orbit around the earth, but it is slowly moving away from the earth. What scientists are saying is that the moon’s orbital path is getting larger at a rate of about 3.8 centimeters every year. Also the moon’s gravitational pull as it circles the earth is causing regular tidal changes on the seas, and even a "tidal bulge" in the shape of the planet, which gives the planet somewhat of an oblong shape. And this causes the earth to wobble a bit as it spins.

All of this causes the seasons to change and a lot of other important things involving the life cycles of the creatures that exist on this planet. But there are slight changes going on with both the moon’s orbit and the earth’s spin. The moon is slowly pulling away from the earth and the earth’s spin is slowing down.

For us there is nothing here to worry about. The long range calculation is that after about a hundred years, the days on earth will be 2 milliseconds longer than they are now. That might bother the timekeepers at Greenwich Village, but mankind . . . if it hasn’t gone extinct by then, will hardly notice.

The moon’s slow rate of slipping away from the earth’s gravitational pull is occurring equally as slowly. By the time the day comes that the moon does go flying off into space and into the sun, our sun will probably have burned itself into a red giant that has consumed Mercury, Venus and possibly the Earth and all of the moons circling them. We won’t be around to see it.

There was a second part to Mr. Sprat’s eighth issue. This was a concern over rising tides which he obviously linked to the theory that the moon was falling out of its orbit.

Our research revealed that, indeed, the world tides are rising but the problem seems in no way connected to lunar events in the sky. The problem is the same old bug-a-boo that has been the main topic of this series of articles from the start . . . global warming.
​
What is happening is that the polar ice caps and the glaciers of the world are on melt-down. This is causing the sea levels to rise. So when the tides come in, the water is rising more and more with each passing season.