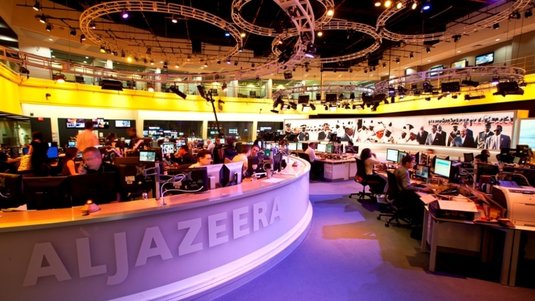 The Trump Assault on the News

The Washington gang has been busy covering Mr. Trump’s serpentine activities with “false news” and even going so far as to publish a false Time Magazine cover after Time and other world magazines portrayed him as an incompetent clown. With major newspapers and television networks now owned by a handful of big corporations, and aided by the Trump counter attacks, the American people have grown naturally suspicious of the news they are receiving.

This retired newspaper reporter tends to agree with the mass sentiment about the quality of the news we are fed by many of our television and newspaper outlets. We are finding more accurate and balanced news by reading foreign media outlets. They tend to be free of the influence of big money and power on U.S. soil and are taking a more objective look at what is occurring under our noses. Among the more trusted news outlets has been Al Jazerra, a state-financed media network operating in the small Middle Eastern nation of Qatar.

But Qatar and Al Jazerra has suddenly come under severe attack by its neighboring nations. Saudi Arabia, the United Arab Emirates, Bahrain and Egypt are accusing Qatar of harboring and encouraging terrorism. These accusations strangely emerged after Mr. Trump made his recent visit to Saudi Arabia and then tweeted critical accusations against the Qatar leadership.

The four Middle East nations have published a list of 13 demands to end what they say is a “major diplomatic crisis in the Gulf.” Among these demands are that Al Jazerra be shut down, a Turkish military base there be closed, and that Qatar scale down its ties with Iran.

Some analysts suspect this is a plot by Trump and the Saudis to severely attack Qatar, even though Qatar has stood as a loyal friend to the United States and a buffer between unruly Middle Eastern countries when trouble is erupting. They report no sign that Trump’s accusations of terrorism emerging from Qatar are based on fact. In addition Qatar is host to a major U.S. military base.

In a powerful editorial published on this subject, Marwan Bishara, senior political analyst for Al Jazeera, noted that money seems to be the major driving force behind about everything Mr. Trump does. He suggested that Trump’s multi-million dollar sale of U.S. arms to Saudi Arabia, and the Saudi’s agreement to help finance the Trump towers in the region, may be linked to this assault. Qatar, on the other hand, has refused to pour money into Trump’s private empire, Bishara wrote.
Could this issue, which threatens to destabilize the Middle East, be stirred by Mr. Trump for such a petty reason?

We must also recognize the fact that Al Jazeera also is accurately reporting the buffoonery occurring in the Trump White House, which cannot be pleasing Mr. Trump.

Trump is demonstrating all of the earmarks of a mad dictator with the most powerful military in the world at his fingertips. Thus he has leaders throughout the world watching his every move, studying his every tweet, and worrying about what he might do next.

The destruction of a free and objective press not only in the United States but in the Middle East where tensions are running high, only serves to give Trump and his cronies even more power than they deserve.

The last we heard Al Jazeera plans to fight to remain open and publishing. We wish those brave news reporters, editors and publishers well in the days and weeks ahead.