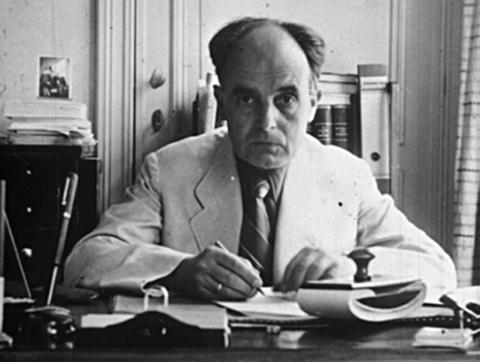 Kurt Grelling - Blame Him For This
Examining the Paradox of Adjectives

Adjectives are freely used in the English language. They are words that clarify or further define a noun or pronoun. An example in a simple sentence would be: “He has a lovely home.” The word lovely is the adjective helping to describe the home and give the statement some meaning.

Wouldn’t you know, however, that about a century ago some of the great philosophers managed to find a paradox in describing the use of adjectives. The paradox bears the name Grelling-Nelson because German logicians Kurt Grelling and Leonard Nelson are among the best known thinkers to come up with the problem.

If you find that the adjective describes itself, the philosophers say, it is an “autological” word. An example of what they mean is found in the word “short.” This word can describe an object but also describes itself as a word in the English language.

Not that anyone but the strange people who think up this stuff really care.

Having identified adjectives as either autological or heterological, we thus have reached the conclusion that adjectives must be either one or the other. And this is where the very odd paradox is found.

If you think this is confusing you should study the work of Grelling-Nelson. They had a lot of fun carrying this issue to incredible extremes. The whole idea behind creating paradoxes is to make students use their brains. This one surely does that.