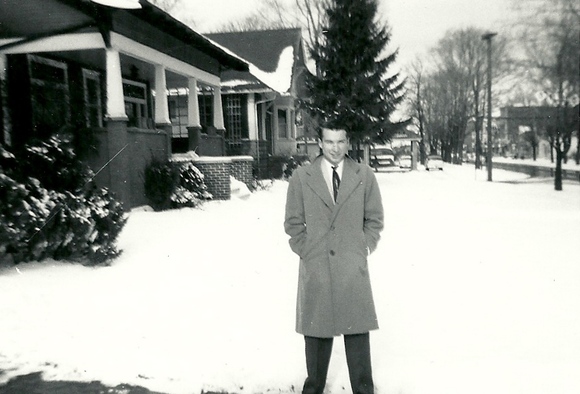 There is no doubt in my mind that if I had been born later and growing up in the United States today, I would be spending much of my time behind bars. Not because I am a dishonest or dangerous man, but because I have always lived free and remain to this day a nonconformist.

I was operating a tractor when I was barely heavy enough to force the clutch pedal low enough to shift gears. I was operating cars on the public roads in Michigan by the time I was 14. It wasn’t illegal for me to drive then. Michigan issued special driver’s permits to boys that young who lived on the farm. I taught myself to drive by running across some open fields in the farm jeep. There was no such thing as driver’s education in those days.

When I was on the road there was no posted speed limit. We could zip along at 80 miles-an-hour if we chose, although the cars in that day were not made to run that fast and many of the roads were unpaved. Those that were paved were narrow and full of curves. Except for the times we raced to see who had the fastest car, we usually operated at reasonable speeds. Cars were not equipped with seat belts, and children could ride anywhere they could fit without being strapped into special protective seats. Somehow we survived all of this unprotected driving.

When the speed, seat belt and drinking laws went on the books we found them restrictive and troublesome. It seemed to turn the police from our friends on the roadways to hoodlums out to “get us” for as many written infractions as they could find.

I remember being pulled over by the police many times during my driving career. In those early years the friendly officer gave me a warning, or informed me of whatever it was that I was doing wrong. One day a state trooper stopped a vehicle I was riding in, with two other college friends, for a driving infraction. He searched the car and found a full bottle of beer under the seat. None of us in the car were of legal age to possess that beer. The officer knew that the rules of the college we attended would probably mean that we would be expelled if we were charged. So he gave us the option to open the beer and dump in on the ground before he let us go. We scrambled but could not find a bottle opener in the car. I think one of the guys opened that bottle with his teeth. Somehow we got it open and dumped.

I was smoking cigarettes and drinking beer with my friends from the time I was 16. We grew up in an area where a lot of German and Polish people settled. They were all Lutheran or Catholic. The beer flowed freely in their homes and on their farms. Almost every Saturday night there would be a wedding in nearby dance hall. The receptions were a big affair where everybody danced the polka and there was beer on tap for everybody, even the young. We missed very few of those receptions even though we rarely knew the bride and groom.

I was invited to drive tractor and help the German neighbors where I lived when they thrashed grain in the summer. The fields where we worked all had shade trees located in the center of them. The trees were there for a reason. Under every shade tree was placed a large tub of ice and beer. While working in the fields, everybody stopped at regular rounds to cool off and have a beer. There were soft drinks for the children. That was the way the people lived then.

When I was a senior in high school, we had an interesting music director named Val Stanley who was such a dynamic personality that he attracted a lot of us to join the band. The school was small enough that Stanley included the Junior High music students in his marching band. I was the only guy big enough and strong enough to carry the base drum so I got placed in the percussion section. There is where I met Susie Philbrick, a fiery 14-year-old red-head who played snare drum. We became the best of friends. It was a strange thing now that I look back on it. I was 17, going on 18, and having a mild romantic fling with a 14-year-old.

Today any boy that old having anything to do with a girl that young would be under suspicion of pedophilia.  But it wasn’t something anybody thought of then. Our fathers worked together at the local factory. We went to the same church. Her father, Paul Philbrick and I sang in the church choir. I would often spend Sunday afternoons at the Philbrick home after church. The romance that involved holding hands and sneaking an occasional kiss lasted but a few months. I still fondly remember that girl.

During my college years the drinking continued. And we also got into drugs. We hadn’t heard much about marijuana in those days. The big rage on campus was Dexedrine, a pharmaceutical grade amphetamine that seemed easy to get. Everybody on campus seemed to know somebody who knew somebody…..and so we had the perfect tool for staying up all night and cramming for exams. It was not an illegal drug in those days. Many doctors would write a prescription upon request. It is difficult for me to fathom that possession and use of amphetamine is today a felony crime.

I went through those formidable years just ahead of the great Hippie Generation, the popularity of the Grateful Dead, Dr. Timothy Leary and the LSD phenomenon. I sometimes wonder where I might have ended up if I had fallen into that environment.
​
That period, and the great American protest against the Vietnam War, preceded the crackdown on drugs, American freedoms and the beginning of the corporate takeover of the government. I fondly remember the days when I ran free and regret that they have been taken away from us.