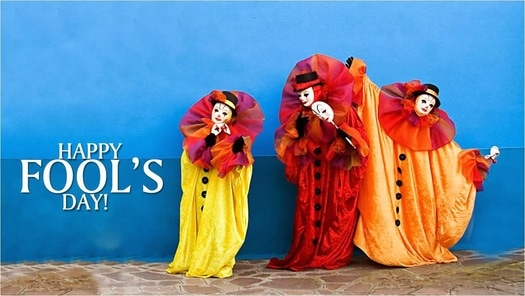 All Fools’ Day – How Did This Get Started?

This is the first day of April. Those who might have overlooked checking the date may be easy prey for pranksters bent on keeping the traditions of April Fools’ Day alive. It is a day for pranks, hoaxes and practical jokes.

Known as All Fools’ Day in other parts of the world, the day has never been a national holiday. But it is a day dedicated to an odd form of celebration none-the-less.

Historians can’t pin down the exact origin of all this foolishness but there are various interesting theories.

Perhaps the most popular thought is that the origin of All Fools’ Day is traced back to 1592 in France when King Charles IX introduced the Gregorian calendar. And that caused a lot of confusion among the citizens as to just what day they were living in. The most significant shift was that the New Year’s celebration was moved from the week of March 25-April 1 to January 1.

We didn’t have radio, television or telephones in 1592 so communication traveled slowly. Those who failed to get the message, or just forgot about the change in dates for the New Year celebration, were labeled "fools" by their friends and subject to ridicule.

As the story is told, the people that still celebrated the new year on April 1 were called "April fish," suggesting that only the young and naive fish in the pond were the most easily caught. A prank of hooking a paper fish on the person’s back became a common joke of the day.

A good story, perhaps, but European literature dating much earlier also makes reference to citizens playing pranks on their friends and neighbors. In fact French poet Elov d’Amerval referred to an "April fish" as early as 1508, nearly a century before the introduction of the Gregorian calendar.

Flemish poet Eduard de Dene wrote about a nobleman that send his servants to do silly errands on April 1, in 1539. And in 1698, several people were reportedly sold tickets to see lions washed at the Tower of London.

Some believe that Chaucer’s Canterbury Tale: "Nun’s Priest’s Tale," set on the date thirty days and two of March, 1392, in which the vain cock Chauntecleer is tricked by a fox, may be among the very earliest references to trickery on April 1. There are only 31 days in March.

Whatever it’s origins, April 1, or dates close to this, have become traditional triggers of general tomfoolery in countries around the world. At least in the Northern Hemisphere.

And this leads us to believe that the real reasons for the day of rivalry may be linked to the beginning of the end of the cold days of winter and the joy of promise that a new year of sunshine and harvest may bring.
​
It is a kind of May Day celebration, only one month early.