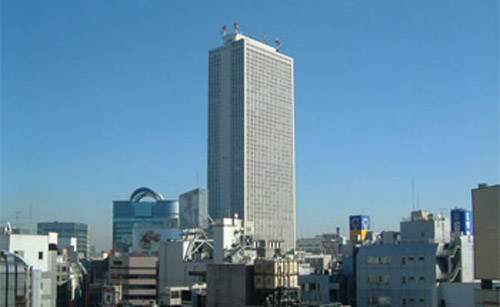 When construction of the 60-story skyscraper Sunshine 60 was completed in Tokyo in 1978 it marked the beginning of a new era in the East Asian part of the world. It was for a while the tallest building in Asia and it introduced the concept of a city within a city. It offered hotels, shopping malls, offices, banks, entertainment and even a planetarium, all under one roof.

The only problem was that this beautiful new building was found to be haunted.

From the day the doors were opened for business people began complaining about peculiar visions, sounds, and even physical encounters with invisible entities. Night maintenance workers reported seeing dark shadows moving about. They heard strange laughter, groans, screams, and banging. There were sounds of things scraping across the floors and violent rattling of the steel grates used to close the many shops for the night.

Customers complained of disembodied faces peering at them in dressing rooms and restrooms. They told of sudden unexplained gusts of frigid cold, or tripping over things that were not there. Shoppers told of feeling pushed or tapped, or hearing whispers in their ears. Items flew off store shelves. Store clerks would open shops in the morning to find everything in disarray. Sunshine 60 quickly earned the reputation of being among the most haunted places in Japan.

How could such a newly constructed modern building like this become so haunted? It was general knowledge that old buildings often harbored spirits of the past, but how could such a new building pick up such bad energy so quickly?

That’s because it was built on haunted ground.

Before Sunshine 60 could be constructed, workers had to demolish the old building that sat on the site. It was the notorious Sugamo Prison, a century old building that had long been used for the incarceration of political prisoners, war criminals, anarchists, and spies. The building survived the allied bombings of Tokyo during the war, so Allied occupation forces used the building to house prisoners of war. Various infamous war criminals were executed there, including the former Prime Minister of Japan during the war, Hideki Tojo.

The old prison was closed in 1962 and demolished in 1971 to make room for construction of the Sunshine City complex.

Ironically, the name Sunshine was especially chosen in an effort to erase the dark and sinister history of the site. But just changing the name was obviously not enough. The construction work was hampered by freak accidents that left an unusual number of workers dead or injured. Rumors flew throughout the area that the building was cursed. Nevertheless, the building was completed. And just as everyone expected, it is severely haunted.