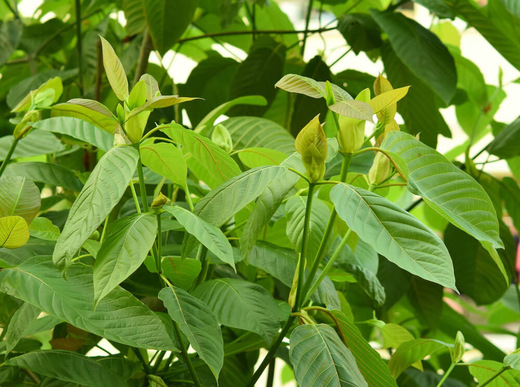 Why Ban Kratom When Medical Benefits are Known?

Like marijuana, the leaf from a naturally grown plant found in Southern Asia that produces a “buzz” but is shown to offer significant medical benefits is being targeted by the U.S. Food and Drug Association to be an illegal substance.

To date, the substance, known as kratom, has already been criminalized in the States of Indiana, Tennessee, Vermont and Wyoming. Similar laws are being considered in Florida and New Jersey.

A story by Phillip Smith in AlterNet reports that the plant, when ingested by chewing the leaf, in a tea or by dried capsule, acts as a significant pain reliever, eases withdrawal symptoms from opiates and is almost impossible to overdose on.

The natives of Thailand and Malaysia, where the leaf is found on a tropical tree, have used kratom for natural medicinal treatment of pain, anxiety, and alcoholism. It is not an opiate but it behaves somewhat like opiates but with much milder effects. Consequently the natives also use it as a mild recreational drug and to help them endure hard physical labor. Because it also slows bowel activity, the substance also stops diarrhea.

Kratom sounds like a good medicine to have around except that there is a slight possibility that people can get addicted. It causes a pleasant, caffeine-like sensation in small doses and in rare cases, has allegedly killed people who have overdosed on it. This has not been proven, however.

Instead of just banning kratom and arresting people found in possession or selling it, because so little is really known about this plant, it seems logical that the substance needs to be carefully studied. If it is found to be a safe pain reliever the FDC might best make the substance available on the open market. The other known pain relievers, including aspirin, are all found to be deadly when consumed in large doses. The opiates, which are the best natural pain killers, are also so addictive that they are not only tightly controlled, but when sold to people with chronic pain, are heavily mixed with acetaminophen, another known pain reliever that can destroy the liver.

The worst that might to happen with kratom is possible heart palpitation, insomnia, muscle pain and fatigue. Approved drugs on the market offer side effects that are far more dangerous.

Ah, but there is a reason why our government is unwilling to open the gates on kratom for U.S. pain sufferers.

It seems that the FDA has just approved an implant being developed by Braeburn Pharmaceuticals which they said will deliver “long-lasting medication to people addicted to opioids like heroin and OxyContin.” Best of all, this implant, called Probuphine, is very high priced, although the drug company will not reveal its cost at this time. One report estimates the price at something like $1,000 a month.
​
Indeed, with so much money to be made with the sale of Probuphine, why would we be allowed to have public access to a leaf from Indochina that can be purchased on the Internet for a few dollars that will do the same thing?