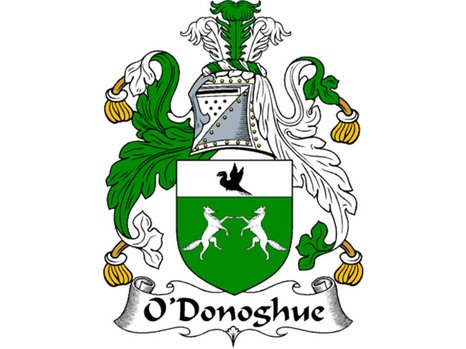 By my very name it is not difficult for readers to know that I have family roots in Ireland. Thus it is always of great interest when archaeological, genetic and historical researchers publish new insight into the history of Ireland and calculate the origins of the people who settled there.

For example, researchers at Trinity College in Dublin have been collecting data based upon the ancient practice of passing on surnames and comparing them to genetic differences between families not only in various regions of Ireland but throughout the British Isles and into Europe.

One interesting marker found in most Irish men has been the Y chromosome carrying an ancient gene known as haplogroup 1. It exists in the Irish and especially Irish men living in western regions of Ireland, but not in European men. It is an ancient marker that scientists believe existed in most of the European population about 10,000 years ago, but it has been diluted through the moving around the mixing of races. That it still is found in these Irish males is significant. It means that they have remained rooted in the regions of their birth and that the wives they have taken moved in with them. They never left the farm.

The research team found that more Irish men with Gaelic names possess this ancient genetic marker than men with English, Scottish or Norman names. This is a strong clue about where these people came from before they migrated to Ireland, and when it happened.

It is interesting to note that nearly all men with the name Connaught, found in the westernmost shores of Europe, carry this particular gene. This suggests that the people of Connaught have remained isolated and rooted to the land where they settled, possibly as long as 9,000 years ago.

So where did the early Irish come from? It has long been assumed that the Irish, Scottish and Welsh all originated from the Celtic people who migrated from central Europe about 500 BC. But new DNA research has revealed that Irish origins are linked to a region north of Spain known as the Basque Country.

It appears that the ancestors of today’s Irish began migrating north from the southern Mediterranean regions, bringing with them cattle, cereals, ceramics and a general appearance that challenges the traditional Irish look. They tended to have black hair and brown eyes.

The second group of settlers to arrive was probably from Southern Russia. They came during the Bronze Age when people knew how to mine for copper and work with gold. These people had lighter skin and blue eyes and spoke a language that became what has evolved into the Irish brogue.

The geneticists believe the Bronze Age settlers also brought a genetic variant for a blood disorder called haemochromatosis, best known as Celtic disease. It is a tendency for an iron overload in the system that brings on side effects like lethargy, joint pain, diabetes and liver disorders.
​
Researchers at Trinity College in Dublin and archaeologists at Queens University in Belfast note that as these two groups settled throughout the country of what is now Ireland there was an emergence of agriculture and an advance of metallurgy that evolved into a new blood. Thus there was an establishment of the Irish genome about 4,000 years ago that defined a nation.