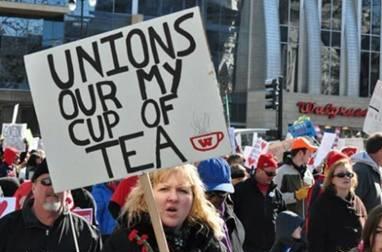 Just because the Bible quotes Paul as promising that Jesus is coming back in the clouds to receive his “saints” doesn’t mean it is going to happen. Paul was not a follower of Jesus. If the truth be known he was probably the very "Antichrist" that the scriptures warns about.

After Jesus was removed from competition Paul and his son Barnabus traveled the known Roman world and established a religion called Paulinism that was designed to make sure the followers of Jesus never turned Judaism into any kind of spiritual structure. It fooled a lot of people who had probably heard about the teachings of Jesus and were wondering what it was all about. The cult he created was adopted by Emperor Constantine about 200 years later, who changed its name from Paulinism to Christianity.

It was Paul and another member of the House of Ananus, Josephus ben Matthias who wrote much of the text and letters that found their way into the New Testament. These guys invented the magic that was allegedly displayed by Jesus the teacher. They invented the idea that Jesus rose from the dead and promised to come back to take his followers “home.”

It’s a great story and one that has attracted millions of followers into what has become one of the great world religions. It is popular because it promises a life after death that is far superior than the life we must live here on this planet.

When you study the real history of the Christian church it is shocking to discover just how gullible so many people in the world have been, and that the gullibility has continued for over 2,000 years. Before this, people followed similar god figures like Mithra, Horus, Buddha and Krishna who all lived magical lives, allegedly arose from the dead and some even promised to return. None of them ever kept that promise.

With this information in mind, we look upon a recent Texas Supreme Court decision to allow a family to forego the education of their children. They are making this decision because they believe the Rapture of Jesus is imminent. And if they are all going to be grabbed from the Earth and whisked off into Heaven, why do they need to learn things like reading, writing and arithmetic?

The State of Texas is well known as a place where very illiterate people seem to congregate. That state is the place that elected George W. Bush as its governor. It is the state where new school textbooks that are purposefully rewriting history are being produced. That a state Supreme Court would make such a decision just reinforces this conclusion.

(Our apologies at this point to Texas University and the citizens of Austin. This is a place where people of higher intellect are gathering and making their mark. Because a great school such as this exists there, we believe Texas has been taking a bad rap because of the fools that have been making headlines in recent years. Also I should add that my father was born in Texas so I have some root there. May be why I get so angry when I see people in that state acting like bufoons.)

We don't choose to republish the identity of that illiterate family that chooses to keep their children out of school for religious reasons. They know who they are. We just feel sorry for the nine children in that household who are being robbed of a chance to ever compete for a place in this dog-eat-dog world.

In fairness to the court, it appears that Texas state law does not require home school families to teach state-approved curriculum or to issue standardized tests. This is why the court found no legal ground to prevent those parents from taking the insane route they have chosen.

As one writer so clearly concluded: “The family had better hope that the Rapture really is coming soon – because if it doesn’t, they will have produced nine extremely unemployable people.”