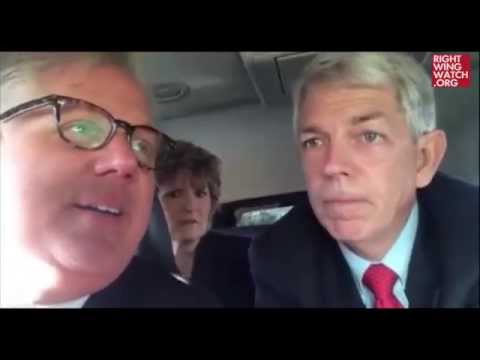 Well known for his conservative political commentary on Fox News and his own syndicated radio show, Glenn Beck is now involved in spewing false history to high school graduates.

Teamed up with pseudo-historian David Barton, the two have promoted a two-week training class, for $375 a head, designed to drill the students that buy into the course a fake version of history before they go off to college in the fall.

Followers of Beck are likely familiar with Barton, who has been a frequent guest on Beck’s shows. He is described as an evangelical Christian political activist and author, and the founder of WallBuilders, a Texas-based organization that promotes unorthodox views about religious origins of the United States. He and Beck are busy promoting the idea that the United States was founded as a Christian nation. They challenge the idea that the Constitution calls for separation of church and state.

The activities carried out by these two men (apparently in the name of their personal god) are an age old problem that has gone on for centuries. Because of this kind of behavior by people in power, the records of true historical events has become so blurred that it is almost impossible to know for sure what really happened. The historical record is obviously going to be purposefully slanted just in the 400-year-history of the settling and founding of our own nation. Imagine how severe the problem is when searching back 1,000 years or for millenniums?

Conquering armies that take over territories have always changed the story to make their leaders sound like heroes. Kings who murder to seize thrones change the stories to erase the stain on their crimes. Historians are only now beginning to question the ancient Hebrew stories claiming exile in Egypt, a 40-year struggle in the desert and the military conquering of the so-called “Promised Land” which is now Palestine.  Ancient Egyptian records do not support the story. A search of the desert sands have turned up no evidence of encampments by thousands of people, and there is some question if Moses ever existed.

Reading the published writings of many of the founders of the nation at the time of the American Revolution makes it very clear that the settlers wanted to make sure that the United States would never fall under the vindictive rule of a greedy king, or that the Vatican would never seize power over the government like it did throughout Europe during the Dark Ages. This is why the Second Amendment was written into the Constitution. It is why George Washington refused to assume the role of a king, but insisted on holding an elected office for a specific amount of time.

No matter how badly Glenn Beck and David Barton want to try to change the facts, they are attempting to do this nation and those innocent young high school students a terrible injustice by teaching them false historical stories. Someone of authority over those two goons needs to put a stop to their trickery before the damage goes too deep.

They are not only teaching incorrect historical information, but they are utilizing their information to suggest a Caucasian superiority over all other races. The white skinned people are not superior. In fact, they are a minority in numbers now to just about every other existing race.
​
It is due time we recognized that all men are created equal and that we start behaving like we believe it.