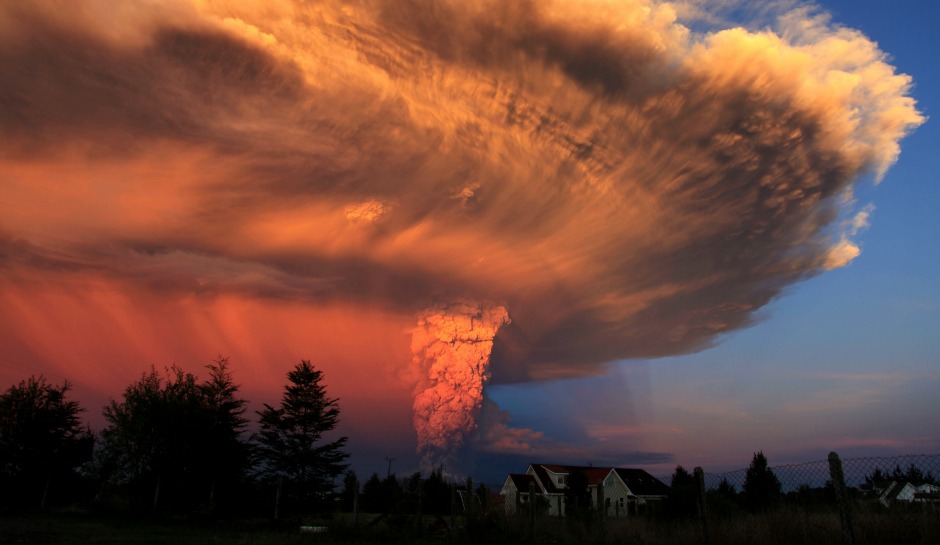 Visitors to Yellowstone National Park might never guess that they are walking on top of the largest known volcano in the world. They come to the park to enjoy the many unusual features that include geysers that include the famed Old Faithful, many hot pools of mud and water, great trout fishing in the Yellowstone River, the wildlife and dramatic mountain views.
​
Our doomsayer Jack Sprat, however, includes among his list of concerns the fact that Yellowstone has been hit with swarms of thousands of mini-earthquakes since 1995 and one magnitude 7.3 quake on August 17, 1959 that killed 28 people and caused more than $11 million in damage.
​
The park has been hit by more than 80 "swarms," or hundreds of small tremblers measuring somewhere around magnitude 3 to 4. A swarm that began in January, 2010, produced over a thousand separate mini-quakes within about a week's time.

Yellowstone is identified as possibly the largest of seven known super-volcanoes in the world. It does not look like a volcano since its last big eruption, estimated to have occurred about 640,000 years ago, was so massive it changed the landscape for hundreds of miles and left only a caldera, or heated crown of escaping gas, steam and geyser activity.

So are the swarms of recent earthquakes a sign that Yellowstone is getting ready to erupt again? Indeed, geologists have been studying the caldera's surface and note that it has been rising by several feet in recent years, suggesting a building pressure from the super-heated magma below.

But the scientific community is expressing confidence that there is nothing ominous about the current earthquake activity. That is because they say the area is naturally hit by between 1,000 and 3,000 earthquakes every year. Most of them are so minor that visitors in the park fail to notice them.

But Geophysicist Bob Smith, who heads the Yellowstone Volcano Observatory at the University of Utah, leads a team of researchers that are keeping a close eye on the seismic and ground movement activity in the area.

Smith describes the volcano just below the surface as a giant plume of very hot magma which fuels all of the bubbling pools and geysers. In his book, Windows into the Earth, Smith describes what would happen if Yellowstone ever erupts in our lifetime.

"Devastation would be complete and incomprehensible," he wrote. He said before the eruption the area would be swarmed with powerful earthquakes. Then the caldera would explode into an eruption so powerful it would erase the park area completely off the map. Then it would send clouds of super hot gas and rock high into the stratosphere. The ash-fall would cover the western United States, change weather patterns, threaten the world's food supply, and possibly threaten all life on the planet. An estimated 87,000 people would die immediately.

Geologists believe Yellowstone has erupted at least three times in the last two million years. They calculate that they may happen about every 800,000 years. This means that an eruption may be due someday, although the probabilities of it happening in our lifetime are very low.