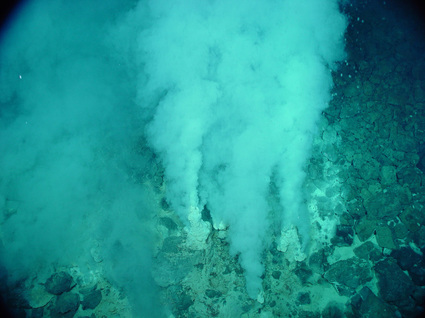 Perhaps lost in the news reports about the serious natural gas leak occurring near Los Angeles, California, has been the reference to the presence of a rotten egg smell. The stories say the culprit is a high volume of methane gas that is escaping into the atmosphere. But people said there also is a rotten egg odor which indicates the presence of hydrogen sulfide.

Hydrogen sulfide is another natural gas that is often mixed with methane gas when it blows from gas and oil wells. As a former worker on an oil well servicing company in Michigan I remember dealing with certain wells known for their ability to kill. The workers didn’t always know the technical name of the gas, but they knew it smelled like rotten eggs and when they whiffed it, they refused to work on the well. They knew the location of the "death wells" all over the state.

Hydrogen sulfide is a lot like methane gas. It is colorless, flammable and explosive. But it is extremely poisonous, corrosive and because it is heavier than air, it collects in low lying areas like valleys, sewer pipes, swamps and basements. It is commonly known as sewer gas.

A few good whiffs of hydrogen sulfide and you go into immediate respiratory paralysis and if not treated immediately, can die. Lighter exposure will cause irritation of the eyes, coughing, nausea, shortness of breath, and pulmonary edema.

Although the smell of the gas is pungent at first, it quickly deadens the sense of smell so you may be unaware of its presence until it is too late. This is why workers who enter sewer systems and other places where hydrogen sulfide may be present usually wear alarm devices that go off when the gas is detected.

So why should we be concerned about hydrogen sulfide? That is because it is spewing up in great volumes, along with the methane gas that is being released not only from the California leak but from many other old wells and the melting ice and the warming ocean floors all over the world.

Hydrogen sulfide has been suspected of helping to cause several mass extinctions on Earth in the distant past. The suspected scenario behind the Permian-Triassic extinction that occurred about 252 million years ago involved volcanic eruptions which filled the atmosphere with all three gasses and warmed the oceans. As the oceans warmed they lost their capacity to absorb oxygen. This in turn killed the oxygen-generating plankton. Thus began a vicious cycle that eventually killed most living things on the planet.

There is a frightening vision of what may be happening to our oceans called the Kump Hypothesis. Developed by Professor Lee Kump at Pennsylvania State University in 2005, the hypothesis looks at hydrogen sulfide as a key factor in mass extinctions of both land and sea.

As oxygen levels in the oceans drop and plants and sea creatures die and decompose, hydrogen sulfide, which lies along the bottom, begins to build. Eventually it rises to the top of the water. Bubbles of poisonous hydrogen sulfide and methane gas would then be released into the atmosphere, killing plant and animal life everywhere.

Hydrogen sulfide also attacks the ozone layer, thus destroying the natural protection land creatures have from solar UV rays. It all works to amplify the destruction of living creatures on a warming planet.

Writer Peter D. Ward presents a disturbing scenario of how global warming destroyed life in his book Under a Green Sky: Global Warming, the Mass Extinctions of the Past and What They Can Tell Us About Our Future.

Because the ice caps and glaciers were melted, Ward points out that there would be a dramatic loss of weather on the planet. Without cold and heated elements to generate wind and storms, there is no rain; just hot parched land.

He envisions the following: “Waves slowly lap on the quiet shore, slow-motion waves with the consistency of gelatin. Most of the shoreline is encrusted with rotting organic matter, silk-like swaths of bacterial slick now putrefying under the blazing sun. Finally, we look out on the surface of the great sea itself, and as far as the eye can see there is a mirrored flatness, an ocean without whitecaps.”

“Not far from the fetid shore, a large bubble of gas belches from the viscous, oil slick-like surface, and then several more of varying sizes bubble up and noisily pop. The gas emanating from the bubbles is not air, or even methane, the gas that bubbles up from the bottom of swamps—it is hydrogen sulfide, produced by green sulfur bacteria growing amid their purple cousins,” Ward wrote.
​
Ward personally notes that “I’m scared as hell . . . This book is my scream.  Is (mass extinction) happening again? Most of us think so . . .”