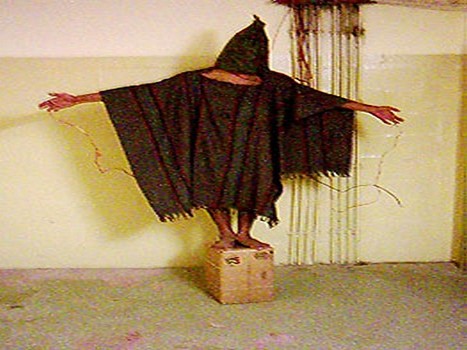 At long last the International Criminal Court in The Hague (ICC) is considering war crimes charges against United States military and government leaders for torture and other offenses committed in the Middle East.

The ICC is an intergovernmental organization and international tribunal that sits in the Netherlands. It exists with the jurisdiction to prosecute individuals accused of various international crimes against humanity. It sits to complement existing national judicial courts and acts when the national courts are either unwilling or unable to prosecute accused criminals. The United Nations Security Council and individual states also may refer investigations to this high court.

In spite of the aggressive and unprovoked military assaults by British and U.S. forces against both Afghanistan and Iraq following the 9-11 attack in the United States, and clear evidence of torture of captured combatants and mass killings of innocent civilians because of improper bombing raids, the ICC has been criticized for failing to investigate.

The court, however, has been willing to prosecute African dictators for similar acts. Because of the obvious disparities several African countries have quit court membership. There has been racial undertones among the critics who have tended to call the ICC the “International Caucasian Court.”

According to an article in Foreign Policy magazine, the ICC’s chief prosecutor Fatou Bensouda has indicated a willingness to consider legal action against certain agents in the United States who are believed “responsible for physical and psychological violence and torture that debased the basic human  dignity of those detained” in Afghanistan.

While the United States under both Presidents George W. Bush and Barack Obama has refused to join the ICC since its reorganization, Afghanistan did join the organization and fall under the court’s jurisdiction in 2003. Consequently any war crimes and other criminal acts committed against Afghanistan people by outside forces since that date come under the jurisdiction of the high court.

Evidence of criminal wrongdoing could include Pentagon released photos showing the brutal abuse of detainees at the hands of U.S. forces at Afghanistan detention centers.

Another critical part of the investigation would include a probe into the recent deadly bombing of the Doctors Without Borders hospital facility in Kunduz by U.S. drone strikes.

According to Foreign Policy, charging the U.S. military personnel and government leadership with war crimes would be a long and involved process that could go on for months if not years. This is because of the complexities of the laws and the fact that only the Afghanistan government is included in ICC membership. It is known that detainees were brought to Afghanistan from other countries for interrogation.

To make their case the ICC prosecutors would also have to show that the United States failed to address the charges of torture throughout its own domestic court system.

Further confusion lies in the fact that neither Afghanistan nor any other ICC nation has directed this case to the court. Thus Bensouda must have the approval of a three-judge panel before launching the investigation. The judicial reviews alone may take months to complete before such an investigation can even be ordered.

The article notes that "the readiness of the prosecutor's office to open an investigation represents a sharp setback for President Barack Obama's administration, which has sought several times to discourage an investigation in Afghanistan and even to avoid ICC mention of possible U.S. crimes."

Such an investigation would also be dealing with the question of how far up the chain of command the research would take it. While particular soldiers were charged with torturing and abusing detainees at detention centers like Abu Ghraib, for example, were commanding officers in charge of the camp aware of the practice, were they involved in it, and did the practice meet approval of high government officials?

It is well known that Vice President Dick Cheney publicly flaunted the practice of waterboarding and other practices of torture used at Abu Ghraib. And if the court can look with a critical eye at Mr. Cheney, can it also include President Bush in such an investigation?
​
Indeed, the practice of torture appeared to have been a part of U.S. strategy during Mr. Bush's tenure. And can the drone attacks against unarmed citizens during Mr. Obama's term in office be included in the war crimes investigation?