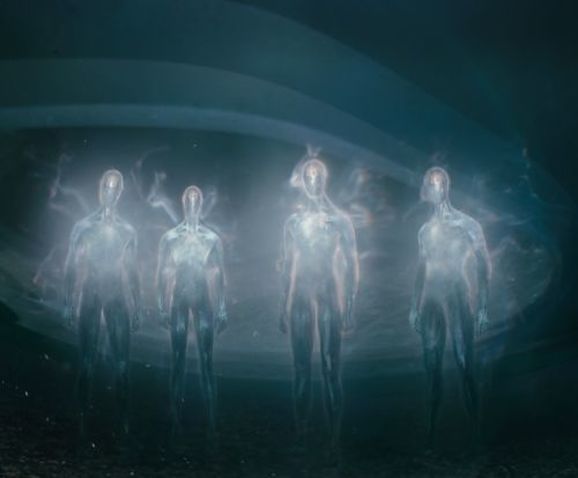 Among the unexplained mysteries in our home was my late wife’s ability to communicate freely with various entities from beyond the veil.

They have gone by many names, some claimed to be archangels, others emissaries from Lucifer, still others simply called themselves “beings” or “entities” that seem to have no home.

There has been a common threat among these communicators . . . they all appear to have knowledge about the future and the past and seem to live in a parallel and timeless universe. They also seem capable of looking freely through the veil and gazing over our pitiful existence. They predict future events, sometimes with startling accuracy.

But that is another story. What I want to focus on for this piece is the reference these beings have made to the “watchers.” It comes out in communications sometimes when we least expect it. And when we ask who the watchers are, the answer is usually so mangled it makes little sense.

We have the sense that something, or some organization of aliens, or perhaps a secret counsel of superior beings, is sitting in judgment over all that occurs on this planet. While some would like to think of this entity as God, we sense that it is something very different, yet possessing a chilling power over our future.

The Book of the Dead includes prayers for deliverance from the watchers who came from Ta-Ur, the Far Away Land.

The Sumerians called the watchers Anunnaki, who came from Nibiru to judge and rule the inhabitants of Earth. Some say Nibiru refers to a distant planet, while others translate the word to mean “those who from Heaven to Earth came.”

The Book of Enoch tells how the Watchers called upon Enoch the scribe to bring supplication for the evil acts committed on Earth.

The Book of Genesis refers to Anakim and Nephilm, or those who came from Heaven to Earth.

Thus the concept of Watchers is ancient, and well documented.

It is not unlike the Christian concept of a God in Heaven who watches down on everything and that someday every human will stand in judgment before the throne of the almighty.

While we do not accept the concept of an external god sitting in judgment of the human race, the suggestion that “watchers” are out there, keeping an eye on human activities, gives us the uneasy feeling that if they exist, they may have a hidden agenda. And if it isn’t eventual judgment, what then?

In personal experimental adventures out of the body and into that strange world of silence and telepathic communication, I have slammed face-to-face with alien figures that were clearly the beings we call Greys. And I once met and flew for a while with a jolly figure of light energy that attempted to take human shape. The best it could do was make itself resemble a gingerbread man cookie.

But these are not the watchers.  I sense there may be something much more powerful that sits in council over all life. It is not exactly a creator god but more of a master brain that is somehow manipulating all of us like a giant chess set.

Someday, if we as members of the human race ever get it right and evolve to a mental and spiritual level where we all have our third eyes open, get connected to the light of the god that exists within us, and possibly even communicating telepathically as a unit, I believe the veil can be lifted.

Then we too, will begin to understand the great secrets that await us on the other side. Perhaps the concept in the Hollywood film The Matrix is closer to reality than we want to believe.