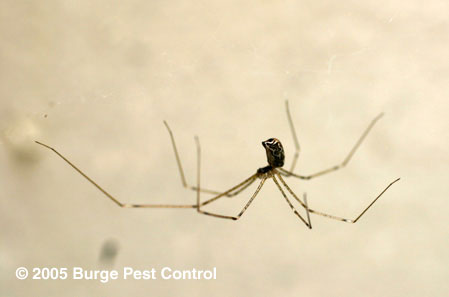 The Passing of a Spider

It is strange to think that we actually mourned the passing of a little spider in our apartment last week.

This spider moved in with us during a seasonal invasion of tiny back ants. Actually this ant invasion was among the worst in the local history. The tiny pests are known as the Argentine ant and it has virtually invaded the Western coastal states, from Oregon to Mexico.

Because of their tiny size, and because there are so many of them, no home is immune. All of the usual formulas for resisting ant invasions don’t seem to work. They sweep into our homes in the night. In the morning we find black lines of thousands of ants, all marching in lock step to the trash basket, a glass of water left carelessly on the counter, or any morsel of food left on a table. It was nothing to find dead ants floating in my water glass next to my bed when awakening in the morning. I even found ants in my toothbrush.

We sprayed the house with everything we could think of. Nothing seemed to stop the ants.
Then the spiders moved in.

We didn’t notice them at first because they built webs under stools and tables. The spiders were also tiny, with long legs and unobtrusive to look at. Consequently I made no immediate effort to get rid of them, mostly because in my old age I had difficulty even seeing them and secondly, they had a way of blending into the dark corners of the room.

My daughter Jennifer first discovered the spiders when she was cleaning in the kitchen and noticed a strange pile of black ant carcasses under one of the stools. On close examination she found the spider’s lair, and a number of trapped ants caught in the web awaiting their fate.

At the same time the ant population seemed to be on the decline.

We decided to let nature take its course and open our home to these wonderful little spiders.

When the ants began invading our bathroom, hanging around the sink and shower for access to water, we were glad when a spider moved in that room as well. This spider made its home on one corner of the ceiling, right over the sink. We had to clean the hard carcasses of dead ants from the sink counter every morning but somehow we didn’t care. We knew our “pet” spider was busy doing her job.

At one point a smaller spider of the same variety joined the original spider, and this one spun its web over the shower. At times we would find them together and considered them a "couple" that had made their home with us. We laughed nervously when we considered the possibility of a family of spiders living with us in a few months.

One day while showering, Jennifer said the male spider accidentally dropped to the floor and got nearly swept down the drain. Jennifer reached down, rescued the spider and place it back in the web next to “mama” spider.

After this the spider family seemed comfortable in their home, sharing a strange understanding that they were welcome.
​
Tragedy struck when the ants stopped coming in mid-winter. The spiders began moving around, searching for food.

One day we found one of the spiders lying dead. I don’t know the life span of spiders but I suspect it may be relatively short. We quietly mourned her passing. The smaller spider has disappeared and we fear he may have met the same fate.
​
We know the ants will probably be back soon. With all the effects of climate change it is hard to predict what to expect from the insect world. If the ants invade again, we just hope another spider or two moves in with them. We have a strange and miniature balance of nature occurring right in our California home.