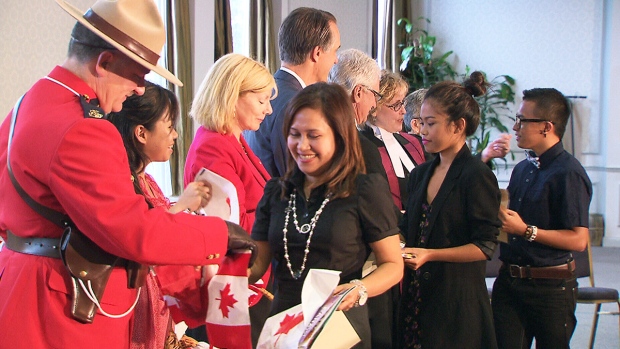 Is This Election Driving People To Canada?

The emotions are more extreme than we have ever experienced preceding Tuesday’s Presidential election. So much so that many people, including some high profile names, are saying they plan to move to Canada if the "wrong" candidate wins the office.

We have two countries at our border; Canada and Mexico. But Canada appears to be the first choice for several reasons we suppose; the majority of Canadians speak English, their life style is very similar to that in the U.S., the nation offers free health care and let’s face it, Canadians are generally pretty friendly.

We are not casting aspersions upon our Mexican neighbors here. As a California resident I find the native Latin Americans living around us to be equally as friendly and behold, they speak both English and Spanish. But the issues linked to gangs dealing with both guns and drugs at the Mexican border make it difficult to think of “friendly” relationships at that crossing. Mr. Trump’s solution is to build a giant wall and separate ourselves from Mexico, and to deport all “illegal” Mexican immigrants. Thus the eyes of those considering fleeing across a border are naturally looking northward.

So here is the lowdown on actually following through and becoming a Canadian citizen. It involves much more than just driving over the border, showing a passport, smiling at the border patrol, and being admitted in.

To be a citizen of Canada you first have to live there for at least six years, be a productive citizen with a vocation, have a clean record as a model citizen and learn something about the history and government that prevails there.

For citizenship one must apply. There are various ways that this can be done. One is to seek citizenship through the province he or she chooses to live in. If there is family living in Canada they can help bring you into citizenship. There is a special welcome for people with particular skills that are in demand and this is considered the “entrepreneur route.” And if all else fails, you go to Quebec, go by the book, and meet all of the Canadian immigration requirements.

If you get to Canada, find a job and a place to live, you can achieve a permanent resident status although still lack citizenship. At this point you are entitled to health care, special training and you are free to travel around. But you can’t vote, run for office or hold high security type jobs.

To be a permanent resident you must confirm plans to remain in Canada. This amounts to living from two to five years in Canada.

Before applying for Canadian citizenship you must be a permanent resident there for all of at least three 365-day periods during the six years you lived in Canada, and present in Canada for 183 days, or half a year, during each of the other four calendar years.

In other words, you can’t just establish temporary residence in Canada and still fly back and forth between there and your old home in the U.S.

Oh yes, and as it is in the U.S., you pay your taxes. And to become a citizen, you also show at least four years of tax returns when you make application.
​
And it might be a good thing if you take up an interest in hockey. It is the official Canadian sport.