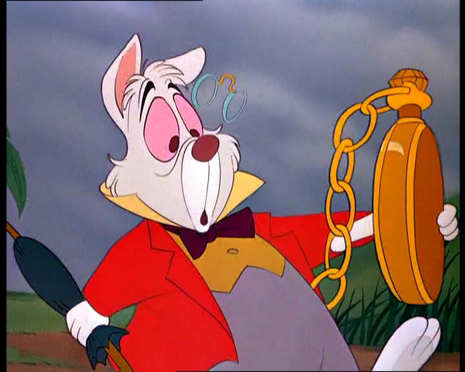 Are We Experiencing A Compression Of Time?

Remember when we were kids and it seemed like we could do so much in a single day? Has it seemed as if time has speed up as we aged? Indeed, we notice that during the last year we hardly got our teeth brushed before it was time for lunch. We no sooner begin working on a new project and it is time to shower and prepare to watch the evening news.

At our house we don’t bother preparing three meals a day anymore. One meal in about mid-day appears to be about all we need.

I used to wonder if the cells in my brain were slowing down, giving me the illusion that time was speeding up, or if it really has been a shift in the speed of time? It is obvious that I am not getting as much accomplished in a single day as I did when I was on the job as a working newspaper reporter.

Now researchers from Stanford and Purdue Universities have found evidence that something very strange is causing an odd effect on matter, is affecting the way science measures the natural rate of decay of atomic particles, and even causing time to speed up. They say the planet is being bombarded by some new kind of energy force that is breaking known laws of physics.

The exciting thing about this report is that science now appears to be supporting information that has been received in various channeled messages to people in the esoteric community. These messages have been predicting an ascension of all humans and a dramatic change that is about to occur on Planet Earth.

Part of the ascension process will involve the speeding up of time, some psychics are saying. The process also has been referred to as a “quickening,” because some people experience the effect of rushing through time.

As I have written in past articles, my wife and I both experienced strange lapses in time when it seemed as if time either sped up or slowed down for us. On one occasion we recall driving a short trip of about five miles down a paved country road in the night. We could see a flashing amber light at an intersection far ahead of us. Yet the drive down that road seemed to last far too long. It was as if we drove for more than an hour before reaching that light. I have often wondered if we weren’t abducted by aliens in the midst of that drive and our memories of the event completely erased.

On another occasion, while working as an assistant to a managing editor of a small weekly newspaper in Sebewaing, Michigan, we went through the process of putting that newspaper together, scanning all of the photos, and getting what should have been a day of work completed before eleven in the morning. I hadn’t thought how odd it was until my wife called and asked if I noticed anything unusual about time that day. She said she cleaned the house, prepared our meal and did numerous chores that should have taken hours and discovered to her amazement that it was all accomplished in less than two hours. The clocks had obviously been running slower than usual that day for both of us.

Because of these kinds of personal experiences, and because I have been conscious of the way the days have been flying by more recently, I have concluded that time is an illusion. We all know how slow time passes when we are waiting for something to occur, or we are bored with nothing to do to keep ourselves occupied. Then when we are attending a pleasant social event or busy doing something we really enjoy, it is as if there is no time at all.

The late author and psychic researcher Terrance McKenna proposed a theory of Timewave Zero in some of his books. He said the theory involved a mathematical description of a time wave that correlated time and history with the” ebb and flow of novelty” was revealed to him during an encounter with an alien intelligence during a psychedelic experiment in the Amazon jungle.

McKenna perceived our experience of time as the result of what he called a “temporal universe” in which we find ourselves. Stranger yet, he perceived that a peculiarity of this odd correlation is that at a certain point we reach a singularity which will become the end of human history.

The Zero Point theory teaches that time becomes a polarity as we move through the days of our existence. This means that time swings from periods where it moves rapidly to periods where time moves so slow it appears to drag on forever. Perhaps this was what my wife and I experienced during that strange drive down a dark country road.

Strangely, McKenna reports that the years from 1920 to 1980, during the time I was born and working many of my years as a news reporter, all humanity was passing through a slow moving period of time. After 1988, the polarity shifted and introduced a more rapid movement of time. Thus we have an explanation for my personal sense that I can no longer get the amount of things done in a single day as I did when I was young.

The channeled messages from the astral appear to support McKenna’s theory. They are saying that the increased movement of time is caused by shifts in vibration and frequency linked to changes occurring in the Earth.

The living Mother Earth is sentient. That means that she is a living force with a consciousness and she has decided she has taken enough abuse by the alien force that has chosen to invade and ravage her resources. Consequently she has made the decision to ascend to a higher dimension and take her children, the humans and hopefully all of the other animals, along with her.

(We might suggest that she leave the mosquitoes, fleas and those pesky biting black flies behind.)