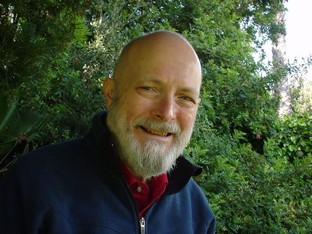 When Wired Magazine sponsored a contest among science fiction writers for creating complete stories in brief one-line sentences, it generated over 30 responses. The contest was inspired by the American author Ernest Hemingway who was said to have written the world’s shortest novel in only six words.

From among the crop of contemporary entries, a six-word line by writer Vernor Vinge titled Epitaph, caught my eye. It is a brilliant statement of the looming end of civilization brought on by the careless destruction of our planet and a blind indifference by world leaders to do anything to save it.

And that, according to noted British Physicist Stephen Hawking, is exactly what we must do if we expect to escape the inevitable . . . the looming extinction of mankind. Hawking warns that we need to be working hard to find a way to send humans to the stars and to find another place to call home. It seems that we have upset the ecological balance of our own world to such an extreme that it is dying and may be saved.

Some scientists are now warning that if all nations of the world lay down their arms, stop burning carbon fuels and collectively work to clean our air, land and seas, it may not be enough. But there is no sign that world leaders are willing to do this, or even seriously consider such a task. There are some still standing in denial.

Vinge, a retired professor at San Diego State University and prolific writer of science fiction novels, appears to have chosen his words well. His works have expressed an “anarchocapitalist” theme, which suggests that he believes that a socialistic one-world government may be necessary before we can expect to go to work at the great task of saving ourselves.

Thus the Vinge Epitaph appears to be a prophetic glimpse of our future.

What is really frightening is that most humans alive today may live to see the planet die under their feet. And they probably will not die of old age, but rather, of war, starvation, dehydration, disease or lack of oxygen.

The words should be carved deep in stone for space travelers to someday find: “Foolish humans, never escaped Earth.”