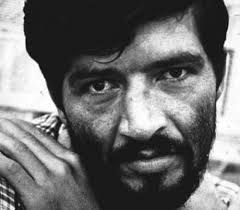 If there is a Guinness World Record for the number of rape/murders committed by a single person it would probably be given to Pedro Alonso Lopez of Tolmia, Columbia. Lopez is believed to have raped and murdered an estimated 350 women across South America.

The Lopez killings were so shocking that the man earned the nickname “Monster of the Andes.” When caught in a botched rape attempt in Ecuador in 1980, Lopez confessed to over 300 murders. His story was so incredible that police didn’t believe him until a flood uncovered about 80 bodies of some of his rape victims.

The Lopez story is tragic beginning almost from the day he was born. He was one of 13 children born to a Colombian prostitute. When he was only eight his mother kicked him out into the street after catching him fondling one of his sisters. He was soon picked up by a man who brutally sodomized him.

Lopez wandered the streets until he was 12. At that time he was taken in by an American family and enrolled in a school for orphans. There he was allegedly molested by a male teacher so he fled the school and returned to the streets. There he lived a life as a thief, sometimes stealing cars. By the time he was 18 he was doing time in prison where he was gang raped. He later said he successfully murdered three of the rapists while still in prison.

After his release from jail he began raping and murdering young girls. He singled out Native American girls from tribes in Peru. He claimed that he had killed about 100 girls before tribal leaders caught up with him. They buried him up to his neck in dirt, poured syrup over his head and prepared to let him be eaten by ants. An American missionary woman got involved and promised to hand Lopez over to the police. Instead, she drove him to the Peruvian border and let him go.

After this Lopez moved into Columbia and then Ecuador. In an interview with one reporter he boasted that he killed about three girls a week until he was caught.

He remained in prison in Ecuador until just after New Years, 1999. Incredibly, four prison guards and one officer removed Lopez from his solitary cell in Quito, put him in a police van, and drove him to the Colombian border and set him free. They gave him a bottle of water, clothes, some food and money and was told to never return to Ecuador.

It seems that there is a law in Ecuador that sets a maximum time of 20 years that anyone can remain in prison. There is no death penalty there. Thus the prison authorities had no other choice but to let Lopez go.

He has not been seen since. Authorities say they have no unsolved cases of missing girls so they are assuming that Lopez is either dead or has somehow reformed.